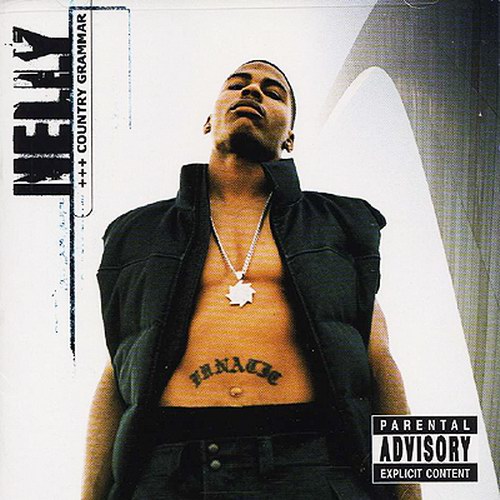 WHO’S THIS GUY?
Wait, you don’t remember me? I don’t blame you. It’s been almost three months of Hollis-free TPL and I’m surprised Petrella and Disch even let me back in the front door. Three months of watching the Wings go from on top of the world to staggering into the playoffs with nothing but questions marks and that sick feeling in your gut that only playoff hockey and a glimpse of your happy ex can generate. Three months of injuries. Three months of a woeful power play. You sure you’re ready for this?

That’s right, you have no choice. Let’s go.

WHAT’S ALL THIS THEN?
It’s the first round of the Western Conference playoffs, and the Wings start on the road for the first time since…well, since two years ago. Your TV schedule is below. Familiarize yourself with it and purchase booze accordingly.

WHERE WERE WE?
:: Detroit fell to the Blackhawks in the shootout on Saturday, giving them a finishing mark of 48-28-6, good for 102 points and the fifth seed in the West.
:: Nashvegas smoked the Avs on Saturday, securing the fourth seed in the West with a 48-26-8 record and 104 points.
:: The Wings and Preds split the season series this year, each taking three wins from the other. Looking for a trend? Both teams took two of three at home and one on the road. The Wings controlled the early portion of the series, while Nashville rallied to take two of the last three, including a 4-1 whoopin’ in Motown on March 30th.

‘MEMBA ME?
No former Wings on the Preds.

OH, HI AGAIN
According to THE CHART, no former Preds on the Wings.

FIVE TO WATCH – NASHVILLE
:: Pekka Rinne – He’s received more press this week than Mike Fisher did after he latched on to wife Carrie Underwood, and there’s no doubt the pressure is on Rinne’s 6’5″ frame. He played in all six regular season games against the Wings, garnering three wins and three losses while posting a GAA of 2.67 and save percentage of .920. If he gets hot, this series gets tiresome in a hurry.
:: Shea Weber – Duh. Dude is one of the best D-men in the game right now, and his slapshot was good for a team high three goals against the Wings this season. That said, Weber did post a team worst -4 against Detroit in only five games, so there’s points to be had.
:: Alexander Radulov – Remember three weeks ago when nobody would shut up about this guy? Yeah, that makes me nervous. The spotlight is off of him and he can settle in and play his game, which is a good one. If this guy gets on the ice across from Dan Cleary, it’s time to hit the panic button repeatedly.
:: David Legwand – The former pride of the Plymouth Whalers, Legwand has a team best six points against the Wings this year (so does Jordin Tootoo for that matter.)
:: Andrei/Sergei Kostitsyn – Mark my words: One of these two will have a crushing goal against Detroit late in the third period of one of these games. They may not have lived up to their much-hyped potential, but they are still damn good players.

FIVE TO WATCH – DETROIT
:: Jimmy Howard – No surprises here. Howard’s regular season was the giant leap forward we’ve all been waiting for, only to come back down to Earth with a pair of injuries on the back half of the schedule. Babcock thinks he’s rounding into form as he heads into the playoffs, but only time will tell which Jimmah is between the pipes against Nashville. If the Wings want to win this series, it better be the pre-injury Jimmy.
:: Johan Franzen – Perhaps the most frustrating player on this Wings roster, Franzen says he lives for the playoffs and some of his best games have come in the postseason. If the Wings continue to be cold on the goal-scoring front, Mule will have to find a way to strap the team on his back and make something happen on the scoresheet. He looked good in his final regular season tune-ups, so here’s hoping he continues to produce when it counts. That said, he was only good for a goal and an assist in six games against the Preds this year.
:: Valtteri Filppula – Coming off arguably his best season as a Wing, Filppula will need to continue to score points against the Predators to add some balance to the scoresheet. He led the team with four goals against the Preds this year, and his five points trails only that of Henrik Zetterberg.
:: Tomas Holmstrom – His ass in Rinne’s face will be a key component to scoring some goals this series, but don’t forget that Homer was a team worst -5 against Nashville during the regular season.
:: Darren Helm/Dan Cleary/Gustav Nyquist – Helm will find his way back into the lineup at some point in Nashville, which likely means the hyper-talented Nyquist will likely head to the Leino Lounge. That’s a tough pill to swallow, given Dan Cleary’s injury woes and corresponding limitations of late, yet Babcock is confident Cleary will be ready for the lineup. If Cleary looks terrible, expect the Nyquist rumblings to kick into high gear.