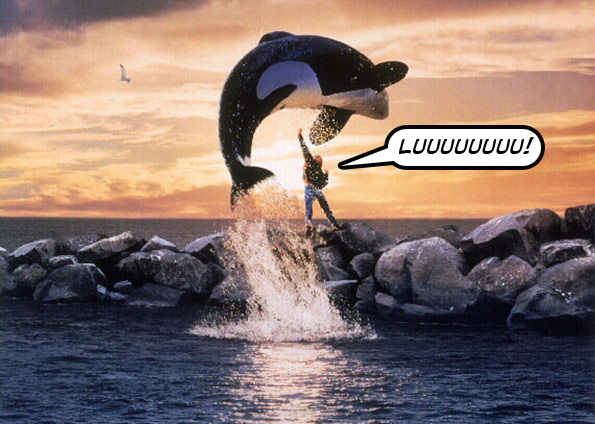 The bigger they are, the harder they dive.

WHEN AND WHERE?
Oh god, someone left me the keys to the pregame. Let’s do this and hope I don’t light anything on fire while everyone else is away.

Red Wings vs. Canuckles, 10:00 PM Eastern. Game is on FSD, and TSN for you north of the border.

WHERE WERE WE?
:: Detroit grabbed a 3-2 win in Edmonton.
:: The Canucks stomped on the Wild, 4-0, on Monday.
:: This is the second time we’re seeing the Canucks this season. We beat them at home 2-0 on October 13th, which was the 3rd game of our 5 game winning streak at the beginning of the season.

BEST NAME NOMINEE
I’m giving it to Steven Pinizzotto. That word would be a backbreaker if it was allowed in Words With Friends.

‘MEMBA ME?
Todd Bertuzzi used to play for the Canucks, which I’m sure we’re all aware of by now.

OH, HI AGAIN
Now that Samuelsson has been traded to the Panthers (ah-hahahaha), there are no former Wings on the Canucks.

5 HOLE
:: After a scrambly pair of periods from the Wings, they managed to pull off a win thanks to a shot by Miller. They’ve travelled halfway across Canada (gosh, Canada is big), and hopefully they’re rested enough and Babcock has been intimidating enough that they’ll be neater in tonight’s game.
:: Both teams have similar records right now. Wings are 21-10-1, Canucks are 20-11-2. Both teams have a two win streak going, and the Canucks are only one point and two spots behind the Wings in the west.

::Everyone is considering this game a test, not only the fans, but Howard and the rest of the team as well. With such similar stats, and a team that can be nigh dangerous with puck possession, it should be an intense game, and potentially a fun one if the referees decide to actually do their damn job.
:: The third and fourth lines have been producing, which is great. Our second line also put up a goal last game, and I’d really like to see one of the guys on the first line pot one or two or four this game.