You Are the LIVING End! 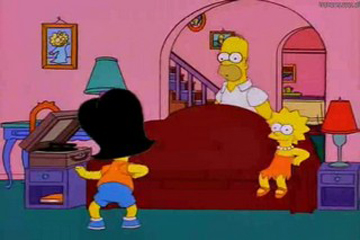 THE RUNDOWN
I watched the game after I got home from a game of my own, so everyone’s already read all the good news. Malkin and Staal DID suit up, which is great news because playing a team without their top three centers isn’t satisfying. When you beat a team, you want to beat the team, not whatever’s left of it. Still, no Crosby — and that’s bad news — but the Wings controlled this game and one man wouldn’t have made a difference in the end… even when that one man is Sidney Crosby.

At the high school game I was coaching, the game was on in the lobby. We didn’t allow the team to watch the game — instead asking them get prepared in the locker room. One of the guys walked by me as I glanced at the screen and said “how come you get to watch the Penguins game?” and my answer for him was “first of all, it’s the Red Wings game, they just happen to be playing the Penguins. Go get dressed.”

HORSECOP OF THE GAME
Jimmy Howard. The man is a goddamn beast. He’s allowed only 19 goals in his last 11 games. LOLWUT

RIGGY SHITBOX OF THE GAME
Jiri Hudler managed to go -1 in a 4-1 win. He also took two penalties. Have a seat, you midget perv you.

5 thoughts on “You Are the LIVING End!”