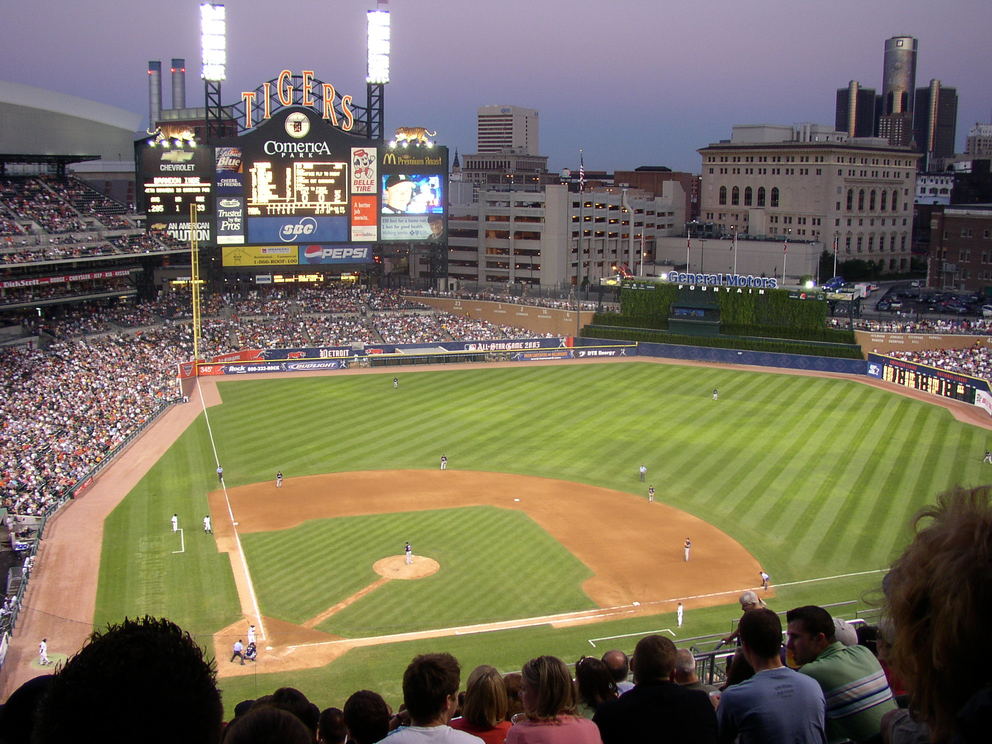 Kind of like this, except with a team that can win shit in the post-season

Well, this is certainly interesting. MLive broke the news late last night after the game, but it appears that the Detroit Red Wings are in line to host one of the next two Winter Classics (New York City is the other). But, as Ansar Khan reasons, with the Rangers playing in this year’s Classic (in Philadelphia), it’s unlikely the NHL or NBC would have the Rags play two years in a row.

That kind of favoritism is reserved for the Penguins, after all.

Khan continues that the Wings are pushing for Comerica Stadium — the other downtown arena owned by Mike Ilitch. The League will likely push for Michigan Stadium, thanks to its massive seating capacity and history with outdoor hockey games (the Big Chill of ’10 — where they announced that Curly Fries reigned supreme, bitches).

Detroit played in the 2009 Winter Classic and totally trolled on the Hawks in an arena famous for hosting losers: Wrigley Field. Buffalo, Boston, and Pittsburgh have hosted the other outdoor games in the United States. Philadelphia and the Rangers play at Citizens Park on January 2nd, proving that the NHL can’t even get “New Years Day Tradition” right. All they had to do was NOT play on any other day. But no… gotta find a way to fuck that up and kowtow to the vastly inferior NFL.

It’s no secret that the Red Wings have coveted a (home) Winter Classic since they began in ’08. And it sounds like Khan has some insider info that they may be closer than any of us would have thought two days ago.