Predators to buy out Lebda 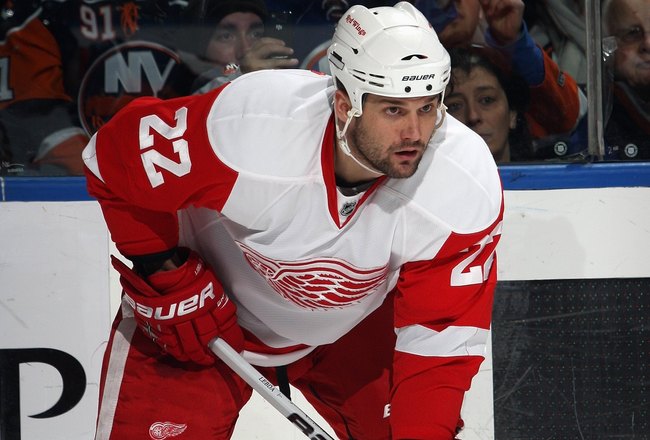 So, wait... that black rubber thing I have to keep OUT of the net? Oh, you Canadians...

Former Red Wing Brett Lebda has been placed on unconditional waivers with the intention of a buyout coming from his new team, the Nashville Predators. Lebda hasn’t suited up yet for the Preds, who was acquired from the Maple Leafs in exchange for Matthew Lombardi and Cody Franson.

Lebda would have been entering the second year of a two-year, $2.9M deal he signed with Toronto last summer, which sparked one of my all-time favorite tweets, courtesy of The Chief:

The Stanley Cup-winning defenseman fell out of favor in Toronto nearly immediately. The massive Toronto fan base originally lauded the Brian Burke signing (even though they like to pretend now that they didn’t), as Lebda was an experienced blueliner who knows what it takes to compete for a championship. However, he found himself in healthy scratch territory, and only suited up in 41 games for the Maple Leafs — his lowest total ever in the NHL, including his rookie season with Detroit.

There’s some confusion as to whether or not the Predators are allowed to buy a player out, since they’ve entered into club-elected salary arbitration with Shea Weber, but another Predators blogger seems pretty sure that this has been in the cards since the trade. Somehow I doubt anyone at the NHLPA will kick up much fuss for Brett Lebda, but it’s worth keeping an eye on. If the buyout is allowed to proceed, he’ll be available to any team that could use his services — with the Predators paying him just under a million dollars spread out over the next two seasons. The team would then carry cap hits of $516,667 and $466,667 in each of the next two seasons.

2 thoughts on “Predators to buy out Lebda”