Enough of This, Let’s Get Back To Business

We’re back. Don’t act like you aren’t excited. Well, I’m back at least, so you’ll just have to deal with it until the rest of the group returns from their holiday food comas. I don’t care if I’m still hanging out in Virginia and still “technically” on vacation; I’ve missed all of you and it’s time to get back down to the business of Detroit Red Wings hockey. And by “business,” I totally mean a disjointed post where nothing really aligns with anything else.

Before we start looking ahead to the final days of 2010 and the start of 2011, let’s turn back the clock on the TPL time machine and look at what has transpired over the past week or so while we’ve been on hiatus:

To each and every one of you who dared to play the “we’re so much better this year than last year because we are healthy” card, please take a long walk off of a short dock. Seriously. First, Mr. Dependable Pavel Datsyuk breaks his wrist. Then, the leading scorer on the team breaks an ankle. Rafalski checks in with his usual back ailments, which I still believe to be a result of the backbreaking plays he made against Dallas in the last meeting of these two teams. And, of course, there’s the news that Zetterberg may be dealing with a tight back as well, and might have to sit out the contest against the Stars tonight.

Look, this kind of shit happens during the course of an 82 game season, which is a reality that some of us chose to forget after the injury apocalypse last season. Whether you believed that the Wings were due a healthy season or were just hoping that the Wings could keep dodging the injury bug, the wake up call is here and it’s loud and clear. Yes, the injuries suck. Yes, it’s unfortunate timing. But if you want some silver lining, let me do my best to give it to you. In alot of ways, these injuries are a blessing in disguise in that it gives the secondary players and younger guys an even bigger chance to contribute and acclimate to the NHL game. Perhaps Jiri Hudler will stop fucking around and start scoring. Jan Mursak gets some valuable time in the lineup at an NHL level. Eaves, Miller and Abdelkader all get more opportunities to contribute in more ways than just their penalty kill. These are the moments that the Wings need to be taking advantage of, and if wins come along with them, even better.

All that said…Fuck you Jobu. We demand a healthy Wings roster ASAP. 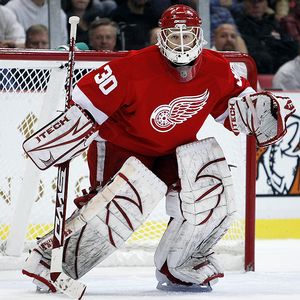 Despite Petrella’s belief that it would never happen, Chris Osgood finally crested the top of Camp 400 Wins and is now firmly entrenched among the NHL’s elite goaltenders…at least statistically. And while I’m tipping my hat to Osgood’s accomplishment, there’s still a part of me that sees why so many folks don’t see Osgood as one of the true greats to play the game, despite being only the 10th goalie to 400 wins. As Rob Otto put it, “he doesn’t pass the eye test.” Here’s the thing though: the eye test doesn’t mean shit to the group that is currently in place to put these players into the hall, which not only benefits Osgood, but almost certainly cements is position in the HHOF when he becomes eligible.

Whether you like him or not, it’s OK to feel good about the fact that Ozzie has found his way into the elite ranks of NHL goaltenders when it comes to the “W” column. There’s no denying he’s worked hard to get where he is right now, and if he’s benefited from playing behind a series of great defenses, then that’s not his fault. It’s like complaining about watching baseball when guys are hitting singles and laying down bunts and you’ve come to expect home runs and shots off the scoreboard. Oz did it with being flashy and he did it in conjunction with the guys in front of him. That’s why hockey is a team game and exactly why Chris Osgood should get all of the accolades that are due to him when he hangs them up for good.

So congrats to you, Mr. Osgood. Job well done.

Guys Who Scored Who You Thought Might Never Score Again! 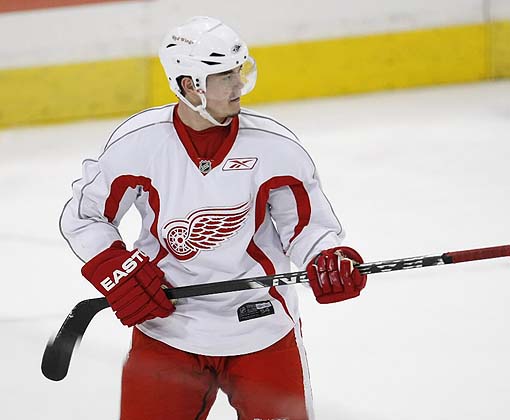 Another road trip comes to an end tonight in Dallas, and the Wings find themselves in position to sweep yet another trip.

Of course, this means that they will lose, especially since it’s in Dallas and against the Stars.

Shit gets really interesting if Zetterberg and Rafalski can’t go tonight. The Wings are looking at skating 17 players, which has commonly become known as the New Jersey Shuffle. In this case, the Wings would still be allowed to use the Shuffle, despite it being because of injuries and not because of cap space needs. Even if Rafalski makes it onto the ice, Jakub Kindl may keep his spot in the lineup if Zetterberg doesn’t play.

As you can see, not alot of comfort and joy in Dallas tonight.

We asked for optimism for Christmas. Santa gave us coal.

We’re back bitches. Talk to you after the game.

2 thoughts on “Enough of This, Let’s Get Back To Business”