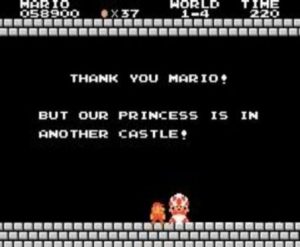 “Back in my day, we had people that stood up to ruffians.
We called them ‘MEN.'”

This isn’t going to be pretty. But I won’t apologize for a single word of it. Because I woke up and put boxers on today. Not whatever lacy, screen-printed, sweet-smelling bullshit Adam Burish and Teemu Selanne slowly pulled around their ankles, up over their love handles and onto their tushies. I say tushies because only men have asses.

It’s important to say right up front that I respect the game — and those who play it. I understand that there’s a definite need for some semblance of diplomacy. Shit-talking others off of the ice is generally a no-no. As is doing whatever the fuck it was Rick Rypien did in Minnesota that made that poor, poor 28-year-old grown-ass boy shat in his Huggies.

I played hockey for a long time. Nearly two decades. Much of it at a decent level. Nowhere near the NHL (obviously), but there were a few things I learned along the way that I feel are benchmarks to point out right off the hop:

The reason for this rant is two-fold. Somehow, there were two different moments over the last week that make our game look like it’s full of whiny hipster poets, instead of testosterone-fueled supermen like Cam Neely was.

First, Adam Burish apologizes for his comments about Chris Pronger. After winning the Stanley Cup (since apparently kicking the shit out of your opponent on the biggest stage in our game isn’t enough anymore), he ran his yap about Chris Pronger being stupid and the worst player on the Flyers. We all know some of that’s true. We don’t need All-Pro (and possible Mensa member — I’ll have to get back to you) Adam Burish telling us how retarded and skill-less a repeated Norris Trophy candidate is. You don’t say something like that (although, it was very Blackhawksesque, taking a moment to kick a rotting horse carcass instead of — I dunno — celebrating the best moment of your life). But what you REALLY don’t do? Apologize for it six months later, re-hashing a moment that made you look like a penis. I forgot it happened. I’m damn sure Chris Pronger forgot it happened (since, as we’ve learned, he’s stupid). I don’t want to discount the value of an apology, because every once in a while, one is deserved. Which is why you pull Chris Pronger aside, as a man…in person…having made an actual effort, and say “hey, that was a dumbshit thing to do, my bad.” 100 times out of 100, a MAN will respond “it’s part of the game.”

There was a night, when we were playing Bradley University in Peoria, that I took a shot that must have caught the defenseman in just the right spot because he went down like a tree in the rainforest. Turns out I broke his ankle. Obviously, I didn’t mean to — it was a shot, a total freak accident. Nevertheless, I know that sucks (having broken an ankle myself) and I made sure I found him the next night to shake his hand, tell him I hope he got back out there soon and to keep his head up. The point is — he appreciated that I made the effort to say “hey dude, my bad.” I didn’t have to turn in my man-card, and the fine gentleman that wore #2 got to use his, as well, by not being a punk and thanking me for doing something that — really — didn’t seem like an option at all, I wanted to do it. Because it was the right thing to do.

In Burish’s case — he shouldn’t have said what he said publicly. You have two options if you’re Burish: 1) Keep your goddamn mouth shut once the buzzer sounds or 2) Sack up and own those words. Don’t curl your tail between your legs now that you’re not riding the euphoria of finishing on top.

Second, Teemu Selanne got his fucking Nokia nuked by our very own Niklas Kronwall. Only sissies and grade schoolers will say that was a dirty hit. Niklas Kronwall used his shoulder. That shoulder hit a well-aware Teemu Selanne, who was more embarrassed than shaken — as evidenced by his returning to the game immediately and eventually scoring a goal.

Again bringing personal experience into this: playing against Northwestern, I was knocked unconscious by a hit. It was a clean hit, mind you, although it would be arguable if it needed to be taken. It was probably overkill given that I’m 5’8″ and he was in the neighborhood of 6’3″ and he had already beaten me to an iced puck. But I didn’t bitch and moan about it because I’m a man and I signed up to play hockey, not Skip-It. Trust me when I say I didn’t score a goal after that. I could hardly remember my goddamn name for 72 hours. I was given the smelling salts (not recommended), played a shift or two after my eyes uncrossed, and — the following night — rocked a kid from that same team in open ice and watched as his purple helmet bounced into the stands. You win some. You lose some.

Bob Probert and Tie Domi fought 150 times. And every single time, despite clearly hating one another for those 90 second intervals, they tapped one another on the shoulder and knew they’d meet again. Do you understand how massive Tie Domi’s balls must be to sit front and center at Mr. Probert’s funeral and CRY about losing a fellow man?

The moral of this diatribe is if you play hockey, you’re going to get hit. And you’re going to do something that might step over the line a bit. The NHL has to do a better job of regulating what’s legal and what isn’t, but if you put your steel on the ice and expect to make it out unscathed and without hearing something about your Playboy-posing alleged-rockstar wife, you should maybe consider being a barista instead.

We don’t get to tattle to the principal. We don’t get to sulk and kick dirt. We don’t get to roll around clutching our ankles after a Frenchman ran by us. We don’t get six days off in between games — of which we only play sixteen a year. Yeah, I went there, football. What are you going to do about it? The answer is nothing because A) you probably can’t read and B) it’s your bye week.

Niklas Kronwall and Mike Babcock have both said publicly how much they respect Teemu Selanne, and how they never want to see a player — any player — get hurt. For their part, Teemu Selanne and Randy Carlyle whimpered and blamed Joe Louis Arena.

I take great pride in knowing that I’m a man.

Niklas Kronwall’s a man. And you’re lucky to have met his shoulder, Teemu.