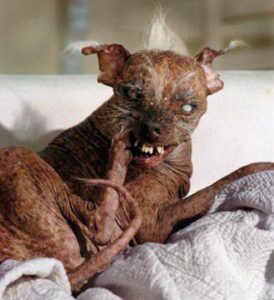 WHAT’S ALL THIS THEN?
Red Wings. Flames. 7:00pm on Thursday.

WHAT’S THE BIG IDEA?
Johan Franzen makes his triumphant return to the lineup, and the Wings go for two in a row. Fans are encouraged to wear pink for breast cancer awareness, and it’ll be the first game at the Joe without Orange Hat Guy. Rest in peace, good sir. Hopefully Mo’ Cheese puts a little more boogie in that booty for you.

NOW WHERE WERE WE?
The date was March 15th. Billy got us through the wait. Homer got his 20th, Datsyuk got his 22nd, Tiberius got the dubya in a 2-1 contest. And we raised $158 for the kids.

OH, HI AGAIN.
No former Wings on this squad, but my former classmate David Moss is a member of the Flames — although he’s on IR at the moment.

MEMBA ME?!
Brad Stuart played 27 unremarkable games in a Flames uniform. Todd Bertuzzi played 66 games before getting dropped on his ass. #3 on the Wings bench, Brad McCrimmon, was most recently an assistant coach in Calgary.

BEST NAME NOMINEE
All else fails, pick the Italian. Mark Giordano is the winner.

THEIR LAST GAMES
:: Detroit got an overtime tally from Potter Kronwall 16 seconds before heading to a shootout on Saturday.
:: Rene Bourque (more on him in a minute) scored the only goal in the Flames OT win in Nashville on Tuesday.

THE FIVE HOLE
1. Mulo is pretty pissed that Mark Fistric wasn’t punished for his, ya know, elbow to the face. I predict a  nine goal onslaught from the ‘Stache.
2. For the first time this season, a goaltender will start back to back games (although, with four days in between them). Howard looked sharp against Phoenix — he’ll face an even more potent offense tonight. Did I say potent? Because I meant useless. They’ve scored 9 goals this season — only one more than the fewest in the league (Phoenix, in one more game)
3. At the same time, they’ve only allowed 11 goals against — the fewest of any of the teams to have played five games except Nashville.
4. Jakub Kindl is the low-man on the team with a -3 rating, a schneid I’m certain he wants to get off of. But he’s got some time to turn his game around and make an impression: Ericsson hasn’t skated in 12 days, and Brian Rafalski is a few weeks away from returning.
5. Tomas Holmstrom has as many points on the young season as I do — which can’t possibly last much longer, so why not tonight?

WHAT WE LEARNED AGAINST THE COYOTES
Seriously. Just no shootouts.

JJ SPECIAL
“For Calgary, I won’t go with the obvious and take Jarome Iginla. Instead, I’ll get to the point through a pointlessly long story. I was playing NHL 10 last season and, right about the time the Wings gave up on Leino, so did I. I went looking for a trade and offered him to Calgary. Calgary’s EA artificial intelligence GM told me he almost felt bad for stealing from me for such a ridiculously low price. Well, at the end of that season, Ville Leino had six goals for Calgary and Rene Bourque won the Selke for Detroit. Suck it, Sutter.