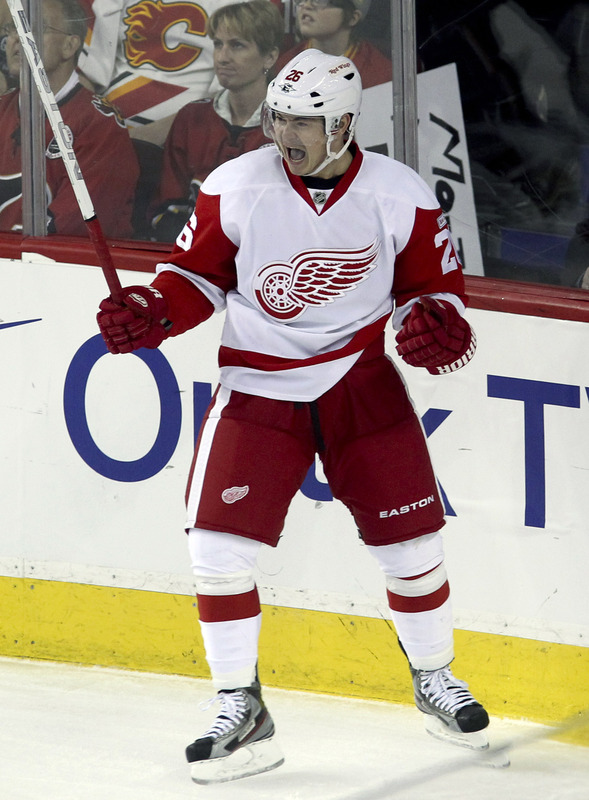 LET'S GET SOME CANADIAN HOOKERS!

THE RUNDOWN
The Wings didn’t look too much in control of this one until the third, when difference in talent showed. Nice way to start a road trip, but the Wings will face a tougher opponent on Thursday when they meet Vancouver. With the win, the Red Wings evened up the season series with Calgary, each winning a game at home and on the rod. Fact is, this is a game that they should win, and the team gets back up to .500 when wearing white sweaters. They’ll look to build on that the rest of the week.

DISCH APPROVED “HORSECOP” OF THE GAME
Brad McCrimmon. This was a partly chippy, partly finesse kind of game that Beast loved playing and, very likely, loved coaching. All of the best highlights of the night had him, and his gnarly nose, in them.

THE RIGGY “SHITBOX” OF THE GAME
Todd Bertuzzi took two penalties and then passed to no one in particular, nearly causing a third.

WHAT’S NEXT
I’ve got the pre-game for Thursday’s tilt in Vancouver. If you’d like a hint for the theme, click here for an audio sample.