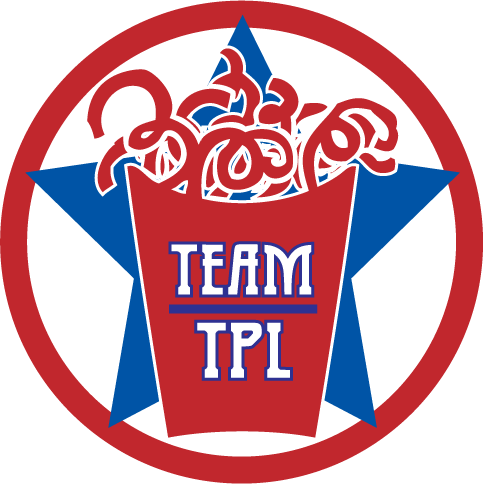 We just wrapped up the second annual All-Star Fantasy Draft with our friends at Winging it in Motown. We were defeated ever-so-slightly last season and this year, instead of picking with our hearts, we picked with our brain — hoping to take the victory on points over our arch-frienemies.

No, all of our players may not be totally likable… but they’re going to propel us to a victory over the Red Wings fan-pandering (fandering?) Winging It fellas. Sometimes you have to make the hard decisions and know that your peoples will stick by you. We hope.

All jokes aside, we’re looking forward to another go-around with the WIIM gentlemen. Feel free to drop your pledges into the comments (all funds raised will go to the Michigan Human Society). The winning team will donate $50 to the cause… and the losing team will donate $100. Pick your sides, or pick your random events!

TEAM TPL FORWARDS
With the first pick in the Draft, WIIM selected (SURPRISE!) hometown hero Pavel Datsyuk. Trying to keep up with the Joneses, Disch went to the podium and selected one of the top players in the league this season, and Datsyuk’s countryman, Evgeni Malkin. Yes, he’s a Pittsburgh Penguin. No, it’s not an ideal NHL affiliation for our first pick, but he’s just as likely to tear the scoring open as anyone in the All-Star Game. Should be awesome to watch and root for… for once. Plus, we felt okay taking Malkin since it’s not the Stanley Cup Finals and he’s more likely to show up on Sunday.

Hancock then went the Petrella Route and selected Steven Stamkos, although he didn’t have to overlook Nick Lidstrom to do so. Chris Hollis selected fourth, and took former Red Wing and current asshole Marian Hossa. No doubt he’s a talented dude and we’re hoping for a few points from the man that let us all down way back when. The next forward picked came from yours truly, taking surprising jersey salesman Claude Giroux.

Hoping to take advantage of speed (assuming his groin doesn’t explode), we took the front-runner for the Fastest Skater Competition: New York Ranger Marian Gaborik. After seeing Winging it in Motown select the ugly twin, we swooped in and took Henrik Sedin. Closing out the top six is young stud Islander John Tavares.

Fresh on the heels of his Hossa selection, Hollis snatched up Twenty Cent Patrick Kane. He may be a Red Wings villain, but he’s the kind of guy that will take this game ultra seriously and score 8 goals. The selections continued with Tyler Seguin of the Bruins (very likely the only guy in the history of the solar system to be drafted second overall, win a Cup immediately, and be name an All-Star all before turning twenty). Jordan Eberle was a gut selection by Petrella, hoping to take advantage of his relatively unknownness (in this game, anyway).

The Production Line got stuck with the final three picks in the real Fantasy Draft, although it didn’t play out like that in ours. Jamie Benn, fresh off an emergency appendectomy, didn’t take the easy (Ovechkin) way out, and opted to go to Ottawa and show off his stuff. Logan Couture may be rockin’ a new Honda has he pulls into the arena, but he’ll be diving his way to a penalty for Team TPL (we hope). Finally, we were assigned Jason “BRING IT ON DOWN TO” Pominville. 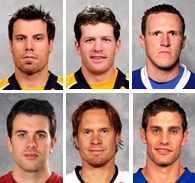 TEAM TPL DEFENSEMEN
We went for Red Wings fans’ hearts with our first two selections on the blueline. The man we’ve all been coveting for half a decade, Shea Weber, is practically a shoo-in for the hardest shot (YEAH, I SEE YOU ZDENO). The man more likely to end up a Red Wing when the Predators can’t find the space for him, Ryan Suter, will get a nice long look from all of us. Filling in the “overrated” slots on our roster is Dion Phaneuf and Keith Yandle. Rounding out the D corps are Kimmo Timonen and Dan Girardi.

TEAM TPL GOALTENDERS
We were lucky enough to draft first in the goalie round and take our very own Tiberius, Jimmy Howard. Team Alfredsson’s assistant captain Henrik Lundqvist was our second pick for the position, and we closed out Round 4 with Brian Elliot.

As a reminder, the scoring for our little competition is as follows:

3 points for each Skills Competition win.
For the Team Relay Challenge, the side which has drafted the most players from the winning relay team will be awarded 3 points.

Big thanks to Winging it in Motown for another fun day of hockey chat and drafts. Even though we’re going to win on paper, the Humane Society is the real winner, so don’t be shy!