Conklin, Wings down Hawks in OT 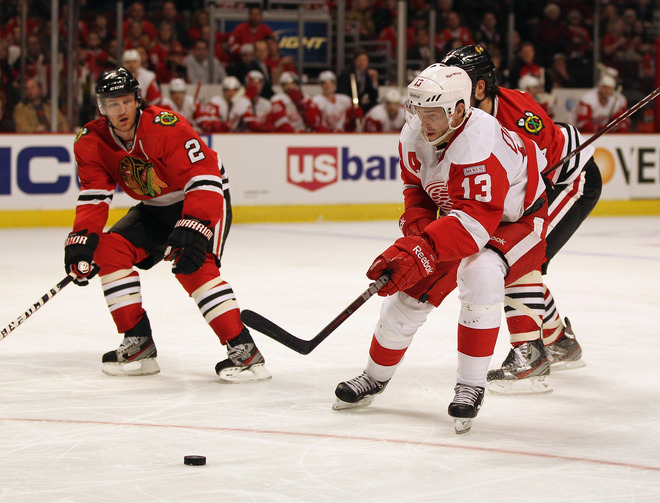 THE RUNDOWN
Man… Wings/Hawks games are fun. Great energy, lots of action, and a beautiful overtime victory after three unanswered (and unanswerable) goals by the good guys. A solid game from Ty Conklin, who stopped 29 shots — including a penalty shot — and earned his second victory of the season, and first in 92 days.

DISCH APPROVED “HORSECOP” OF THE GAME
Ty Conklin kept the Wings in this one much more than anyone thought he would. Hell of a game, and well deserved Horsecop for him.

THE RIGGY “SHITBOX” OF THE GAME
Niklas Kronwall was -1, took a booty penalty, and had a turnover that led directly to a Chicago goal. Winner!

WHAT’S NEXT / LOSS CANDY
Tuesday night against the Islanders, I’ll have your pre-game. You may be riding the crimson wave and have to haul ass to the ladies.