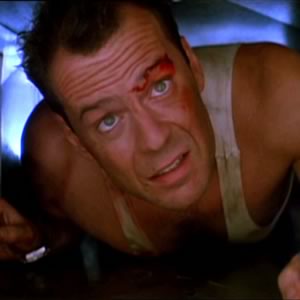 Now I know what a TV dinner feels like.

WHEN AND WHERE?
Red Wings vs. Predators, in Nashville, 8:00 PM Eastern. Game is on FSD and FSTN.

WHERE WERE WE?
:: Detroit lost to Calgary last Thursday, despite a third period rally. That feels like forever ago.
:: Predators lost to the Stars on Friday, 6 to 3.
:: This is the third out of six meetings with the Preds this season. The first time we beat them 4-1, the second time they beat us 4-3. Let’s hope it goes more like the first meeting than the second.

BEST NAME NOMINEE
Pekka Rinne is too much fun to say. He has one of those names you have to say in full, like Tuuka Rask.

‘MEMBA ME? & OH, HI AGAIN
No former Wings on the Predators, and no former Predators on the Wings.

The TPL Name Game “Three Stars”
Just like last season, submit your nickname suggestions (follow the theme!), and we’ll use our Facebook page to allow people to vote for the best… the winner gets a free TPL t-shirt!
PETRELLA:  Mike “Trust Me, I’ve Been Doing This Eleven Years” Commodore
STEVIE: Pavel “I Am An Exceptional Thief, Mrs. McClane” Datsyuk
HOLLIS & DISCH: Jingle bellin’

5 HOLE
:: As we saw in the last game against them, Nashville can come hard in the later periods, and that’s a time to watch out for. Hopefully the Wings don’t do their usual Wingsy thing in the 3rd and let up.
:: In fact, the Wings not playing the whole 60 minutes is becoming a theme. In the last game against Calgary, the Wings picked it up in the third period after the Flames had a 3 goal lead. If the Wings can play all 60 minutes, maybe they’ll blahblahblah I sound like Babcock.
:: The Wings have had a 3 day break, while Nashville only had the weekend off. Hopefully the extra time means more rest and not more rust, and the team comes out ready to go.
:: Nashville hasn’t been the best between the pipes lately, allowing 11 goals total in their last two games. Rinne allowed 5 against Columbus, and then was pulled after allowing 3 goals in 7 shots against Dallas. I assume that Nashville is putting him out tonight over Lindback. Rinne can be scary solid, and he’s had a break, but if the Wings can capitalize on him being leaky then they might be alright.

I watched this whole movie last night, but here’s the short version for you.