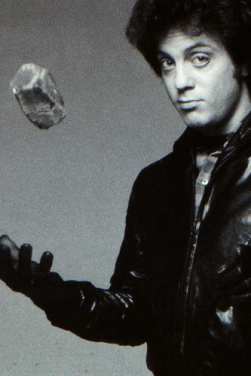 All about soul....and a brick

IN THE MIDDLE OF THE NIGHT
After seven games of gloriousness, the Wings came back down to Earth with a loss to the Dive on Sunday. They’ll look to get back to the river that is running to the promised land tonight in St. Louis. 7:30 PM at whatever the current name of St. Louis’ dumpy barn is. VERSUS (!) has the game.

SHE’S ALWAYS A WOMAN TO ME
BJ Crombeen again for the same reasons Disch laid out.

Also, does anyone else think Petrella should create a chart that tracks how many times a single player has won BNN? He has a chart for everything else on this site. Seriously. I get e-mails reminding me that I haven’t written anything good in 278 days. I don’t think I’m on my way to breaking that streak tonight.

THINGS ARE OK WITH ME THESE DAYS
:: The blind squirrel that is the Colorado Avalanche found a nut and beat the Wings 4-2 on Sunday.
:: The Hawks beat the Blues 5-2 on Sunday as well. Sadly, the Asteroid failed to connect with the Scottrade Center.
:: It was the Blues prevailing over the Wings on Nov. 15th by a score of 2-1. Drew Miller had the Wings’ only tally on the evening, while Chris Stewart found his way to the locker room after checking Niklas Kronwall from behind.

SON CAN YOU PLAY ME A MEMORY
No former Wings on the Blues.

MAN, WHAT ARE YOU DOING HERE
Ty Conklin is the only former member of the Blues on the Wings.

The TPL Name Game “Three Stars” Just like last season, submit your nickname suggestions (follow the theme!), and we’ll use our Facebook page to allow people to vote for the best… the winner gets a free TPL t-shirt!
PETRELLA: Todd “Carelessly Cut You and Laugh While You’re Bleedin'” Bertuzzi
DISCH: Jonathan “Man, What Are You Doing Here?” Ericsson
HOLLIS: Jonathan “There Are No Words to Say” Ericsson
STEVIE: Jonathan “Is That All You Get For Your Money?” Ericsson

EVERYBODY’S TALKIN’ BOUT THE NEW SOUND
:: After taking a pretty gnarly cut against Colorado, Valtteri Filppula is scratched tonight. He’s “okay,” but was relying on a skate modification to not rub against the cut (which is just above his ankle). He practiced this morning, but couldn’t be pain-free, even with a skate that was customized for him. As a result, Cory Emmerton is back in the lineup.
:: Following a sluggish start, Pavel Datsyuk has quietly picked up the pace to the tune of five points over the last three games, which is definitely more like the Pavel we are used to seeing.
:: The Jimmah is back between the pipes tonight after getting a breather on Sunday. He was red hot before getting a night off, so it’ll be interesting to see if he can get back on the ice and keep the machine going. Despite a reasonable outing from Conklin, it’ll be good to see Mr. Howard manning the fort again.
:: After blowing the doors off the barn in Ken Hitchcock’s first 11 games, the Blues have come back down to Earth a bit, although their fans would have you believe they’re the team to beat on the road to the Stanley Cup. Two losses in a row for St. Louis should give them plenty of spark tonight.
:: Mike Babcock says he wants to the Wings to be more physical against the Blues, especially after their last meeting where St. Louis pushed the Wings around the ice all night without an ounce of  retribution. Color me skeptical that we’ll see a bruising, forechecking Wings squad tonight.
:: Despite tonight’s tilt being broadcast on VERSUS, it sounds like FSD will still be around to deliver on your Larry Murphy needs. He’ll be paired with Matt Shepard in the booth, which is a serious downgrade from Sunday’s Dave Strader throwback.