Before we get into the pregame, there’s some leftover business from the weekend that needs to be taken care of…

Great. Now that your Halloween themed loss candy is out of the way, let’s get down to business… 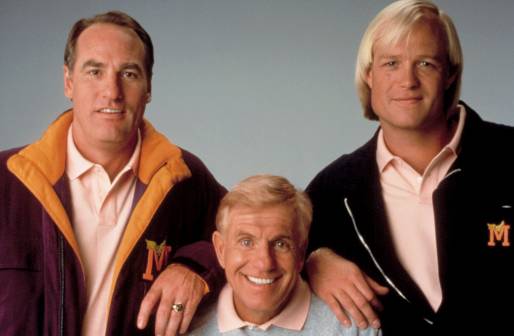 WHAT’S ALL THIS THEN
It’s another go ’round with the guys from Minnesota. 7:30 pm Eastern. Joe Louis Arena.

NOW, WHERE WERE WE
Not sure we really need to re-hash how well the last few games have gone for the Wings, so we’ll just say this: they have a 5-4-0 record and 10 points. Minnesota sits with a record of 4-3-3 and 11 points. Yes, more points than Detroit.

THEIR LAST GAMES
:: Detroit – Next… (Wings lose 1-0 to Wild. Fourth loss in a row in case you forgot.)
:: Minnesota – Read above.
:: Last time these two teams met…Seriously Petrella? Your format for this pregame is doing nothing but driving me spiraling into a dark, dark hole of bolivian. How many ways can we fucking say that WE LOST TO MINNESOTA BY A SCORE OF 1-0 ON SATURDAY?!?!?! THERE??? ARE YOU HAPPY???

MEMBA ME?
No former Wings on the Wild.

OH, HI AGAIN
No former Wild on the Wings.

The TPL Name Game “Three Stars”
Just like last season, submit your nickname suggestions (follow the theme!), and we’ll use our Facebook page to allow people to vote for the best… the winner gets a free TPL t-shirt!
PETRELLA: VACATION, YO
DISCH: Jonathan “Dauber” Ericsson
HOLLIS: Jonathan “You Think I Didn’t Respect You, But the Truth Is I Didn’t Even Think Of You” Ericsson
STEVIE:  Niklas “I Just Saw Ten Guys That Got Bigger Feet Than You” Kronwall

QUICKLY…
:: The big news (obviously) is that rookie Gustav Nyquist will be making his first NHL start tonight, and Mike Babcock is throwing the kid right into the fire. He’ll play on the SECOND LINE with The Mule and Big Bert, as well as get time on the second power play unit. You think the Red Wings aren’t desperate for some goals? Holy hell.
:: With Nyquist making the start, the honeymoon with Jiri Hudler is officially over. He hasn’t registered a shot on goal in FOUR games and his status on the Gradient of Failure is assured to take a tumble. At this rate, we’ll be firing up the trade discussion by tomorrow night.
:: I’m not sure whether Mike Babcock is trying to channel the ghosts of yesteryear, but he’s moved Tomas Holmstrom back up to the top line with Hank and Pavel. Holmstrom has played well early in the season, but still not sure I’m on board with this move. I’d prefer he split up the twins, but hey, what the hell do I know anyways? The safe bet is that Holmstrom nets two tonight as the Wings try and blow out the light bulbs on the scoreboard.
:: The chop shop continues all the way to the defense, where Stuart and the RigBox will join forces tonight and look to avoid officially being the worst defensive pairing on this team. Neither have been overly impressive on their own this season, so here’s hoping two wrongs makes a big right when they get together. Moneybagz Kronwall gets paired with Jakub Kindl in what should be a pretty entertaining pairing.
:: It’s the start of a six game homestand tonight, and a look at the schedule shows this as a critical period for the Wings to get this thing back on the rails. All of their upcoming games look winnable, and while you should never put too much stock in early season standings, 10 points and 12th in the West is never fun to look at.