The Top Shelf: No Wings Hockey? No Problem! 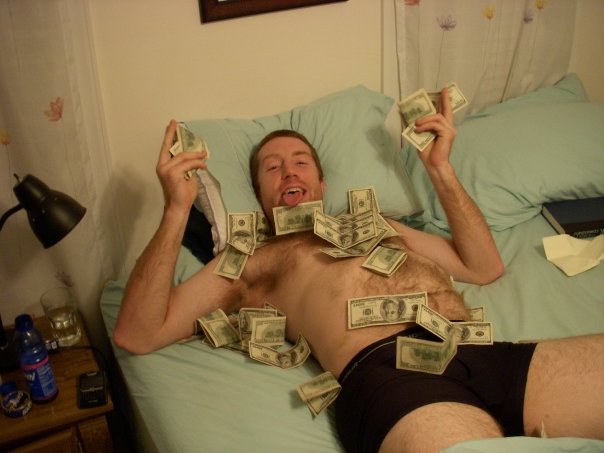 Commodore Cat Wants YOU to Spend!

Buy More Stuff! :: Since you’re currently sitting on a couch/chair/desk reading this post, odds are you’re bored. Bored with watching other teams play while the Wings sleep in. Bored with staring at that report you’re supposed to have on your manager’s desk in 10 minutes. Bored with the same five dollar footlong you’ve picked up from Subway for the last three days. Well friends, nothing cures the boredom like spending some of your hard earned greenbacks, so why not have a thrill this afternoon and pick up some swag from our friends at Underground Printing? The guys at UGP have launched a Detroit focused online store over at MotorCitees, and there’s plenty of excellent Motown apparel that is ripe for the picking. And to help you along, UGP is offering 15% off for the rest of October if you use the promotional code “TPLmotorcitees15” at checkout. Imagine the thrill as you break through the doldrums while picking up a Megatron shirt along the way. Watch your friends gasp in amazement as you swiftly secure a stylish Detroit Cougars shirt. Feeling generous? Outfit that clown in the cube next to you with his very own Shirtuzzi. The possibilities are endless!

Not looking to spend cash? No worries. You can still head on over to MotorCitees Facebook page and show your support for their awesome work.

Speaking of shirts… :: We’re looking to update the offerings over at the TPL Store and we’re looking for your help. If you’ve got an artistic bone in your body, bust out a pen or pencil, sketch something up while you long for Red Wings hockey and send it our way. If we love it, we’ll add it to the store and you’ll get accolades beyond your wildest imagination. And a free shirt of course.

The YouTubez Call :: You may remember us plugging the guys over at “Fake Henrik Zetterberg” a few months ago as they quested to raise $5,000 in order to turn a few web shorts into a real-life online series. Well, they’ve hit their goal and you’ll get to reap the benefits starting on October 26th. If you haven’t seen any of the original episodes, you should. The dude who plays Hank has an uncanny resemblance to the real Hank Z, and they’ve already fooled at least one member of the hockey community into thinking #40 was actually walking the streets of New York in his full hockey getup. Shufflin’ :: At our weekly board of important peoples meeting at TPL World Headquarters, Petrella, Disch and myself decided that some change was in order with how things are done around here. Namely, TP:60. So after some intense discussion and one too many Pacificos, we’ve decided to change up the format of the show a bit. We’ll be debuting the new format on this week’s show, which should be up sometime on Thursday. I won’t go into specifics about what this means, but the biggest change that you’ll notice is that “The Pipeline” will no longer be a standalone segment, rather, it will be rolled into the larger TP:60 brand. Fear not, it’ll still be the same show you’ve come to expect, just surrounded by the mindless jibber-jabber and drivel of the regular TP:60 program. Of course, we’re always open to feedback, so don’t hesitate to let loose in e-mail, in the comments or on Twitter if you don’t (OR DO!) like the new setup.

And Finally… :: The Chief is back from sailing around the Globe and hits the airwaves on XM Radio, which can only be a good thing. Commodore looks “doubtful” for this weekend, which means Twitter buddy and fellow defenseman Brendan Smith will likely finish his five game suspension while Commie heals up. The Wings hit the town earlier this week to show their appreciation to the fans and did everything from bagging groceries to making pizzas. Then they went and shot guns. Life is tough when the league gives you a week off. Also, Logan Morrison is a giant douche despite being a self proclaimed “good guy.” Uncle Commie comes to the rescue though.

1 thought on “The Top Shelf: No Wings Hockey? No Problem!”