(Ed. note: Sorry for the disappearance. New jobs present challenges. Also, being without a computer presents even bigger blogging challenges. But that’s all taken care of now, so off we march.) 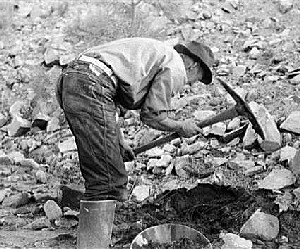 Prospectin! :: Despite falling off the face of the Earth for a few weeks, I did manage to check out a bit of the annual Traverse City Prospects Tournament coverage, which is remarkable given my complete lack of technology for the last week. Despite finishing 7th in the tournament – and failing to break a 13 year streak of not winning the thing – it sounds like the young Wings at least put on a good show. Names of regular mention and growing importance included Gustav Nyquist (who led the young Wings in scoring), Joakim Andersson and Brendan Smith (of course), but it was another player who stole the show in the eyes of The Left Wing Lock’s Sarah Lindenau:

Ryan Sproul has set the bar high with his strong performance at the NHL prospects tournament in Traverse City, MI. His big game ability was a key reason for the Red Wings strong finish on Wednesday night. The 6-foot-3, 176 pound defenseman potted two goals and assist to lead Detroit to a 4-1 win over the Carolina Hurricanes earning the team a seventh place finish.

“For me personally it’s been a pretty good tournament,” Sproul said. “Obviously for the team it was been tough after losing the first few games, but we turned it around.”

Sproul finished the tournament second behind Gustav Nyquist in team scoring with three goals and four points. The 55th overall pick in this years draft tied for third in scoring among tournament defensemen.

Well then. While it sounds like Sproul has some growing to do over the next couple of years, you won’t find me complaining about the Wings planting the seeds of defensive depth early. Sproul sounds like a very likable kid with some great upside, and he’s got my attention for the upcoming season. He’s also got an open invite for “The Pipeline” (er, get on that Petrella.)

For those who care, the Buffalo Sabres prospects won the tournament, defeating the Rangers prospects.

The Sounds of Social Silence :: It seemed like it was only a matter of time until the NHL decided to put a formal spin on players and social media, and it’s now come to fruition. After working with the NHLPA, the league announced the following steps will be implemented in regards to players and their social communication:

As per the new policy, there is a total “blackout period” on the use of social media on game days, which for players begins two hours prior to opening face-off and is not lifted until players have finished their post-game media obligations. The suggested blackout period for hockey operations staff is even longer, beginning at 11 a.m. on game days.

Also, the new policy makes it clear that players and club personnel will be be held responsible for their social communications in the same manner in which they are held responsible for other forms of public communications. As a result, discipline is possible for any social media statements that have or are designed to have an effect prejudicial to the welfare of the League, the game of hockey or a member club, or are publicly critical of officiating staff.

Deputy Commissioner Bill Daly calls the plan “sensible”, which I don’t necessarily agree with. For the players, sure, a two hour blackout before the game makes sense, as does the fact that they need to fulfill media obligations after the game before hopping on Twitter and re-engaging with fans and friends. What I don’t understand is the “suggested” blackout for the hockey operations staff. If taken to heart, this would imply that OFFICIAL team twitter accounts have to go silent 8 hours prior to a game, and can’t come back online until the completion of said game. In essence, that’s a prime 12 hour chunk of space where promotions, marketing, fan engagement and potential sales are now offline. Game updates go bye-bye, as do in game promotions and giveaways, which the Wings have used in the past with seemingly successful results. Sure, there is some wiggle room in the fact that this is a “suggested” blackout for staff, but the fact remains that the NHL just doesn’t understand that their fan base demands real-time engagement from the organizations that they support, and turning off all operations related tweets for an entire gameday limits the engagement that those fans would normally have with their team. Fans are going to interact with other fans in real-time, so why limit organizational engagement as well, especially when those tweets or posts are 99% sure to encourage growth and interest in the game, not to mention potentially grow ticket sales and advertising exposure.

Maybe I’m just looking into this a bit too deeply. It’s just surprising that the league would issue such solid guidelines for player use, and then cram a vague suggestion for teams and operations staff right underneath it. Time to dig a bit deeper on this.

UPDATE (1:35 PM EDT): So I sent a tweet to Mike DiLorenzo, manager of social and business communications for the NHL, and asked him to clarify “operations staff” and if the new policy would impact team twitter accounts and marketing operations. His response? “No”. I, for one, feel much better now that I have a clear as mud explanation on what operations staff entails. While much of the above argument now appears to be a moot point, I’m now struggling to see any point in including this operations staff suggestion in this policy, since there’s no clarity around what constitutes an operations staff.

Aren’t you glad there’s a clear and sensible policy in place?

And Finally… :: If you want your brain to go numb, Bleacher Report has offered up three Wings that could be on the trading block this preseason. First, preseason trade = not happening. Second, as much as I and the rest of the staff here want Rig shipped out of town, @RedWingsFeed is right in noting that Big E has this. Research is a good thing. Ian White grabs the golden ring and gets paired with Lidstrom in the preseason. Darren McCarty is now working at a pawn shop, which you cannot deny is fricking hilarious and ironic. Maybe he’ll get his Cup rings back. Todd Bertuzzi is heading to court next fall to hopefully put an end to the ugly issue with Steve Moore. The Wings are preparing for camp with a little golf. With Modano gone, the title of “best golfer” is up for grabs, although Johan Franzen seems to think that belongs to him. Maybe a little more focus on scoring consistency on the ice as opposed to greens-in-regulation, eh Mule? Also, Hank with the preseason playoff beard? I’m taking him to win the golf tourney.

1 thought on “The Top Shelf: Prospecticus Reflecticus and a “Social” Solution”