Loss Candy :: Whitney Has Forsaken Us 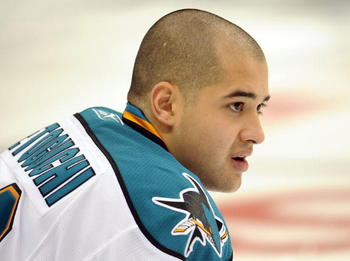 This guy likes scoring in the Joe...

Thoughts?
It’s obviously just not meant to be. The Wings had another lead in the third period, squandered it and wind up losing in OT. Say what you want about it. Blame Ericsson. Blame Howard. Blame Babcock. Blame the special teams. It doesn’t really matter because this team just doesn’t know how to close out important games when it counts. I know I’m not the only one who feels like the Phoenix series was years ago, but let’s not forget how bad the Wings struggled to close out games in that series either. They’ve struggled all season, and it’s gotten no better during the postseason. San Jose, on the other hand, has the poise, ability and confidence to fight back and do the little things the right way, and that’s why they are all packed and climbing on the bus for the Western Conference Finals. I know, there’s always a chance. The Wings could pull off one of the greatest comebacks of all time and do what Philadelphia did last year. Are you buying it though?

There were flashes of brilliance tonight for sure. Darren Helm was outstanding all night long, save for the missed pickup on Dan Boyle for the tying goal. Jimmy Howard continued to play well, although many will say not as well as he’s played up to this point in the series. Pavel Datsyuk continues to show why he’s one of the elite in this league and Patrick Eaves continues to be one of the most underrated players on this team. But for all of the bright spots, there are flaws that run deep and problems that just don’t seem to be getting better. Ruslan Salei has all but played himself off the team, and one hopes that he might not even be on the ice in Game 4. Same goes for Jonathan Ericsson. If this guy is back next year, it’s because he’s got dirt on someone in the Wings front office. Brad Stuart was pretty much abysmal tonight, and it was painfully apparent that Johan Franzen needs to be shut down for the rest of this season. A guy that “loves” the playoffs this much doesn’t go missing if something isn’t really bothering him on the injury front. When it’s all said and done, this Red Wings team will likely get the dreaded “underachievers” label, which holds water on some level. The simple fact is that they just can’t find a way to get it done against a good San Jose team, and two years in a row means that this is no fluke.

The Wings played their best game of the series tonight. It just wasn’t enough. Sometimes, it’s just not meant to be.

Loss Candy
Now that the Whitney Charm is broken, it’s time to retire her broke ass once and for all. It’s nothing but heartbreak tonight in Detroit, and no candy will fix that. Stare the ugly truth in the face, take a deep breath, and let’s move on. We’ve got a long day and a half of crappy Babcock quotes and false hope to get through. No sugar coating it from TPL tonight.

And why not Bobby Brown while we are at it… 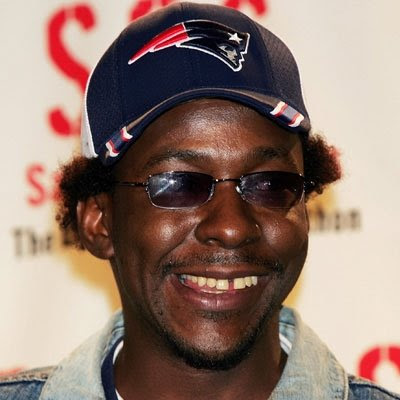 4 thoughts on “Loss Candy :: Whitney Has Forsaken Us”