Loss Candy :: They Said It

We feel the same way, Jimmy...

Who better to tell you how this one went than the involved parties. I know I’m sure as hell not wasting my time recapping another piss poor effort from this team…

“We got down 3-0 or 4-0, and I don’t know if we ever got playing,” Red Wings coach Mike Babcock said. “We scored a couple of goals, but I don’t think, obviously, the level of urgency was there. We weren’t good enough. That’s all there is to it.”

“They were a lot more desperate than we were, especially in the first period,” said Detroit captain Nicklas Lidstrom. “They came out with a better push and they pushed us back.”

Aaaand Babcock to wrap it up:

“We’ve got one more game to get ourselves ready,” Babcock said. “We’ve got to get our brain in gear and get playing. The good thing about the playoffs is it’s only long for two teams. The rest can be done in a hurry. The sense of urgency we have to have and the change in mindset we have to have is very apparent just from watching this game tonight.”

Blah, blah, fucking blah. Those quotes have been repeated umpteen times since the beginning of February and all it’s done is make it very apparent the Wings think they can just flip a switch in a few days and make the magic happen at will. Newsflash: That mentality will do nothing but sink the Wings ship much sooner than anyone hopes or expects. But, hey, no need to panic, right?
Loss Candy
In honor of the tropical destinations the Red Wings are likely to find themselves at in May if their play keeps up, it’s a tropical themed loss candy tonight.

Originally from Oahu and now residing in Las Vegas (Brett Lebda just peed himself), the Wings will have plenty of opportunity to see Taylor Makakoa. 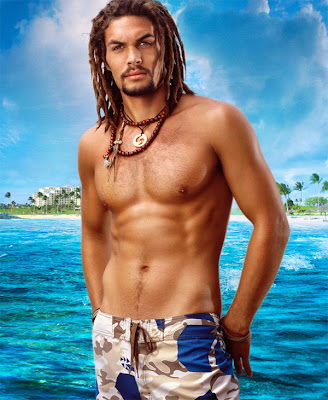 And while the boys are swimming and relaxing in Hawaii, the ladies of the Red Wings can check out Jason Momoa and his sweet dreads.