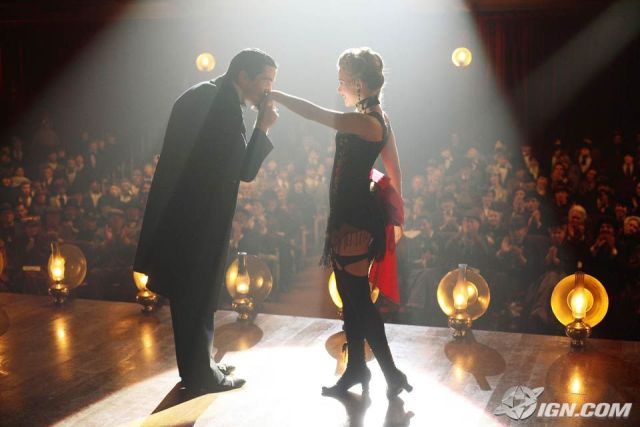 THE FIRST PART IS CALLED THE PLEDGE
You ready? It’s fancy time here around The Production Line. Tonight is the first official game of the H2H2 Pledge Drive — where our lovely readers and friends can donate a dollar here and a quarter there for Red Wings-inspired events. Last year, our 11 game drive raised over $2,500 for Children’s Hospital of Michigan and we decided we’d do it every year for the rest of time.

If you haven’t already, make us a proposition. We’re willing to do the countin’ and the record-keepin’. All you’ve gotta do is keep up your end of the bargain and donate the total we send you after March 5th’s game.

The drive may not have begun in earnest just yet, but that hasn’t stopped our generous (and handsome) friends and fans from getting in on the action for the last couple of weeks. In fact, as of this morning, we’ve already secured $1327.

GAME-SPECIFIC PLEDGES
Last year, I posted all of the pledges before every game… that’ll be impossible this year, as we have hundreds and hundreds of propositions, which you can check out by click the H2H2 Tab and going to The Pledges. Instead, I’ll tell you what’s on the line for a few of tonight’s props:

:: Every goal is worth at least $18. And that’s an unassisted, even-strength goal by Jakub Kindl.
:: Depending on the player and the scenario, a single goal could bring as much as $170.
:: A win tonight is worth $95 in addition to the goals scored.
:: If Jonathan Ericsson fights Zdeno Chara, it’s worth $15 for the kids. HE DOESN’T EVEN HAVE TO WIN.

WHAT’S ALL THIS THEN?
The Red Wings are in Boston, for the first of back-to-back games with an Original 6 rival. Friday night (HOLLIS’ BIRTHDAY), 7pm.

WHAT’S THE BIG IDEA?
Our boys in red and white have lost three of four, and have looked awful doing it. Despite being the third highest scoring team in the league, Detroit’s had a rough time putting the puck in the net, scoring only once in the week’s three losses. Oh, by the way, Boston has given up the fewest goals of any team in the NHL and have a goalie that leads every single goaltending stat.

NOW WHERE WERE WE?
Thanks to the NHL’s dumbshit scheduling department, this is the first game between the two old time hockey clubs since November 3rd of 2009, a 2-0 shutout courtesy of (brace yourself) Christopher Osgood.

OH, HI AGAIN
Nobody on the Bruins roster has ever played for the Red Wings, but Tim Thomas (Flint) and Steve Kampfer (Ann Arbor) are from our beautiful state.

MEMBA ME?!
Brad Stuart was part of the package that saw Joe Thornton moving to San Jose from Boston (Stuart would be traded again 15 months later), and Joey MacDonald was claimed off of waivers by the Bruins during his first go-around with the Red Wings, playing 7 games in Beantown before moving to Long Island in the off-season.

BEST NAME NOMINEE
There are few better hockey names today than Johnny Boychuk. That kid was named to be an athlete.

THEIR LAST GAMES
:: Detroit fell to the Predators, 4-1, on Wednesday.
:: Boston played in one of the wilder games of the year on Wednesday, eventually winning 8-6 and compiling 181 penalty minutes against the Canadiens.

Injuries
Mike “Obsession is a Young Man’s Game” Modano [wrist/March]
Brad “What You’re About to See is Considered Safe” Stuart [jaw/March]
Chris “Exact Science is Not an Exact Science” Osgood [groin/March]
Jan “Society Only Tolerates One Change at a Time” Mursak [foot/day-to-day]
Valtteri “Does He Enjoy Taking His Bows Below the Stage?” Filppula [knee/week-to-week]

Honorable Mentions
Todd “You Went Around the World, You Did Terrible Things. Really Terrible Things. For Nothing” Bertuzzi
Todd “It’s Inhuman to be so Cold” Bertuzzi
Jiri “Simple Maybe, But Not Easy” Hudler
Pavel “The Magician Takes Something Ordinary and Makes it Do Something Extraordinary” Datsyuk
Ruslan “I Seem to Have Outstayed My Welcome in Colorado” Salei
Darren “My Passion is Equal to the Task” Helm
Ville “You Won’t Find it, Because of Course You’re Not Really Looking” Leino
Ansar “How Fast Can You Dig?” Khan
*If there are any that you think I missed, throw them in the comments — the best one will be shared for all to enjoy on the TPL Facebook Page*

THE FIVE HOLE
1. Howard Fresh: After getting pulled on Wednesday, Jimmy Howard re-takes his spot in the crease. Will he wake up a bit, or is it going to be another night that we wonder if he’ll finish?
2. Welcome Homer: His first game back was Wednesday night, but here’s hoping he’ll begin to be that net-front presence we all know he can be, and that the power play is sparked by his return.
3. Datsyuk on the 2’s: A little bit strange to see Pav on line #2, ain’t it? But it fits perfectly with Coach Babcock’s desire to split the Eurotwins up, spread the wealth, and that second line was one of the better ones on the ice on Wednesday.
4. Hollis Birthday: Today is our brother Chris Hollis’ 27th birthday. If you see him at the beard store, wish him a happy happy joy joy. And harass him on Twitter.
5. Ceremonial Coincidence!: It had nothing to do with my choosing this as the pre-game, but Dicky Eklund (another man played by Christian Bale) is dropping the ceremonial puck.

WHAT WE LEARNED AGAINST THE PREDATORS
There’s no stopping the Cirque.