BEFORE THE CANDY
:: First, and clearly the most important: the H2H2 Website is up and running so make sure you stop by and check it out. It’s absolutely beautiful. Ellen did a wonderful job, with help from Casey. Make sure you check it out, drop a few bucks, and enjoy the photos/stories.

:: During a game-time e-mail thread with Disch, I likened Joey MacDonald to the gum you jam into a dam that’s sprung a leak. Will the gum prevent some water from coming out? Sure. But you better head to the Depot (or, Builder’s Square if you prefer) and find some caulk. He makes saves that you’d think a minor leaguer has no business making (like saving Niklas Kronwall after his latest in a series of herp derp plays), and you question whether or not he truly belongs in the NHL after all. Then he makes a dumbshit stickhandling play behind the net allowing a very easy first goal against a great Penguins team. Nothing he could do on the penalty shot, or the third Penguins goal. All in all, a fairly strong game from Mac, with a few uh-oh’s peppered in.

:: Something I’ve got to get off my chest: I’ve been very lucky this season, almost always getting the Red Wings feed on Center Ice, but tonight I had the Pittsburgh feed, featuring the play-by-play of Paul Steigerwald and color by Bob Errey. They were awesome. Great calling, great insight, extraordinarily complimentary of the Red Wings, even-handed (even going so far as to acknowledge the high stick that caught Patrick Eaves in the chompers, and saying that Drew Miller’s trip should have been a penalty shot — stuff that hometown announcers rarely do). They could not have been more respectful of the Wings and their history and their injury issues and their constant Stanley Cup threat. Also, hearing them mock “Norris Trophy candidate” (see above for herp derp link) Kris Letang for his premature celebration was beautiful. “Maybe he learned something.” I know fanbases don’t care for one another, but these guys literally could not have been more respectful of the Red Wings. I’m very impressed.

: Franzen’s goal was beautiful. Monster play by Henrik Zetterberg (who had a strong night) along the boards, and a nifty, smart pass from Eaves to feed Mulo. Tick tack toe.

WITHOUT FURTHER ADO
There was talk earlier in the day about which incarnation of Natalie Portman is the hottest: long hair, short hair, or clean shaven. Two thirds of those people are known as “wrong,” but I’ll let you decide. Don’t get me wrong… they’re all pretty hot, which is saying something considering she’s rockin’ the Sinead in the last one: 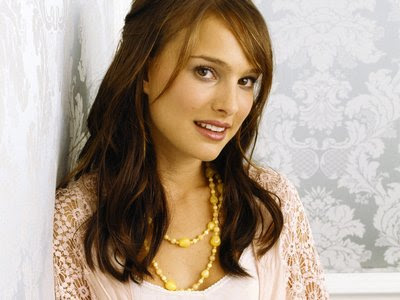 7 thoughts on “Loss Candy: Wings get Portman’d in Pittsburgh”