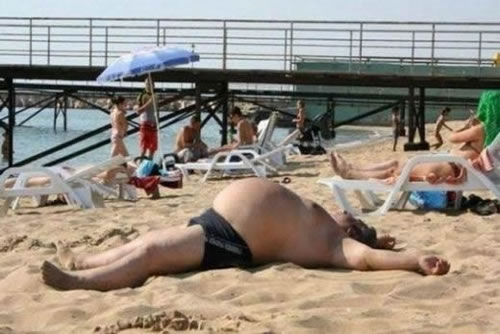 STORY
Tonight, I wore my Curly Fries shirt. It’s worked its way into regular rotation — usually one of the first shirts I wear after the laundry is done. The last three times I’ve had it on, something special has happened. December 15th, a week before heading home for the holidays, Nicklas Lidstrom nets his first hat trick. Fitting. December 29th, right before coming back to New York following the holidays, Patrick Eaves nets a hat trick of his own. Fitting again.

January 8th, Jimmy Howard pulled out his pimp stick and smacked “the best goaltender in the world” across the mangina with it. This was a game that Tiberius needed to win, amidst chatter of his slump and the unreliability of the tandem in Detroit. And not only did he win, he won hard. His night started strong, making what will certainly be in the discussion for save of the year, if not save of the universe. He made big saves — reminiscent of the third period and overtime 24 hours earlier — all night. And, just like Friday, we’d need him to be big in overtime and bigger in the shootout.

And, just like Friday, he didn’t disappoint in the extra frame and skills competition — as he referred to the shootout in the post-game interview on CBC.

ANALYSIS
:: To be fair, both goaltenders look solid in the first period. There was a ton of back and forth action, the game had great pace — Howard and Luongo were equally sharp on the tricky ones. They both seemed totally confident in their ability to see shots tonight, and their defensemen did admirably clearing rebounds and loose pucks. In fact, if you held a gun to my head and made me choose a non-Howard player of the game, I’d be hard-pressed to find a better choice than Niklas Kronwall, who — on more than one occasion — found a puck that was flipping around and got it out to safety. He looked downright nasty in Stuart’s absence. Likewise, Ruslan Salei made a lot of smart plays, and even prevented a sure-fire goal.

:: Drew Miller got boomshackalacka’d somethin’ FIERCE as he entered the offensive zone. The hit was eerily similar to Vladdie’s time in Detroit, though not as devastating or badass since there was an orca frolicking on this guy’s chest.

:: The Wings offense looked downright young most of the night. At one point in the second, Jan Mursak, a legit youngster, threw the burners on and absolutely blew Alexander Edler out of the water in a footrace to a loose puck. In true defenseman fashion, Edler “cheated” a little bit by pinching his butt to the boards and squeezing Mursak out of the play. Totally legit, legal move, but it was clear to everyone in the building that Mursak had him beat. There wasn’t a doubt in Mursak’s mind from Stride #1 that he wasn’t going to win that race.

:: On the lone Red Wings regulation goal, Johan Franzen snuck behind the defense and buried a Henrik Zetterberg pass. It was a nifty play, and if you’re going to score a single goal, it may as well be a pretty one.

:: While we’re at it, let’s talk about Jiri Hudler’s shootout goal. He wound up from the top of the circle and positively blew one by Sasha Baron Cohen’s twin brother. Hookers for everyone!

STATISTICAL MUMBO JUMBO
:: Jan Mursak was, for the third game in a row, the low-man in ice time. But he was extremely effective in his 6:39 — arguably more effective than Tomas Tatar was in his 9:04. It was the first game I thought Mursak was better than Tatar in the five they’ve played together. Strangely, Mursak’s 6:39 was identical to Alexandre Bolduc’s, the lowest Canuck.

:: Jakub Kindl was the low-man among defensemen, logging just over ten minutes. Niklas Kronwall went over 27 minutes, the most for either team.

:: Henrik Zetterberg and Johan Franzen led all players with six shots each. The only Red Wing without a shot on goal was Jan Mursak.