Dec. 22 :: Breaking out the big guns for a Slump Buster 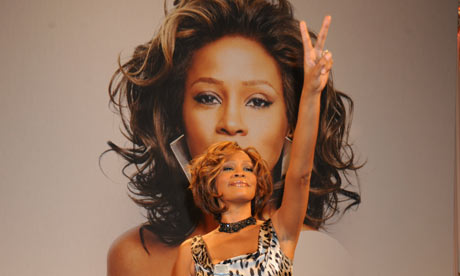 When TPL needs a win, we look to you, Whitney (see what I did there?). How many points are we gettin' tonight, Whit?

NOTE!
As of this morning, all three of us are traveling for the holidays. Posts may be slim over the next ten week or so, but we’ll do our best to keep you jailsexed and entertained through the new year. In case we don’t get a chance to say it later, Merry Christmas, Happy Hanukkah, Joyous Kwanzaa, and Happy New Year!

WHAT’S ALL THIS THEN?
Wings and Canucks. Wednesday night, 7:30pm Eastern. Joe Louis Arena. THIS IS OUR HOUSE.

WHAT’S THE BIG IDEA?
The Wings have lost two in a row… and six of their last ten. The nice cushion they’d built for themselves is slowing slipping: the Predators are only four points back. On the other hand, we have the Canucks – the hottest team in the league, owners of a four-game win streak and the NHL’s best record in the last ten (8-1-1).

NOW WHERE WERE WE?
On November 6th, these two clubs met north of the border. The Canucks were 6-4 winners. It was Jimmy Howard’s first regulation loss of the season. Hitting twine for the good guys were Cleary, Ericsson, and a pair from Kronwall.

OH, HI AGAIN / MEMBA ME?! / BEST NAME NOMINEE
It’s the second time around for this matchup — we get to see Mikael Samuelsson aim for the glass tonight. Tanner Glass is the fake-sounding best name nominee.

THEIR LAST GAMES
:: Detroit lost to the Stars, 4-3, in overtime on Sunday.
:: Vancouver were 3-1 winners in St. Louis on Monday.

Honorable Mentions
Todd “Spinning Through the Town” Bertuzzi
Todd “Say a Prayer With Every Heartbeat” Bertuzzi
Todd “I Remember the Way We Touched, I Wish I Didn’t Like it So Much” Bertuzzi
Jiri “Given Enough Time to Figure Out How to Chase My Blues Away” Hudler
Darren “Always on the Run” Helm
Darren “Didn’t We Almost Have it All” Helm
Pavel “A Few Stolen Moments” Datsyuk
Valtteri “Show Them All the Beauty They Possess Inside” Filppula
Jimmy “I Decided Long Ago Never to Walk in Anyone’s Shadow” Howard
Chris “If I Fail, If I Succeed, At Least I Live as I Believe” Osgood
Nicklas “You Gotta Magic, Boy, That I Just Can’t Explain” Lidstrom
Ville “If I Should Stay, I Would Only Be In Your Way” Leino
Mattias “Bittersweet Memories” Ritola
Aaron “OHHHHH I Wanna Dance With Somebody” Downey
Brett “Where Do Broken Hearts Go” Lebda
*If there are any that you think I missed, throw them in the comments — the best one will be shared for all to enjoy on the TPL Facebook Page*

WHAT WE LEARNED AGAINST THE STARS
Brian Rafalski is evil. Especially on the third of the four goals he allowed.

CANUCK WE COVET (JJ Special)
Hard not to like Ryan Kesler in this slot. He’s a local kid, he’s a great back-checker, he owns a pair of hands.