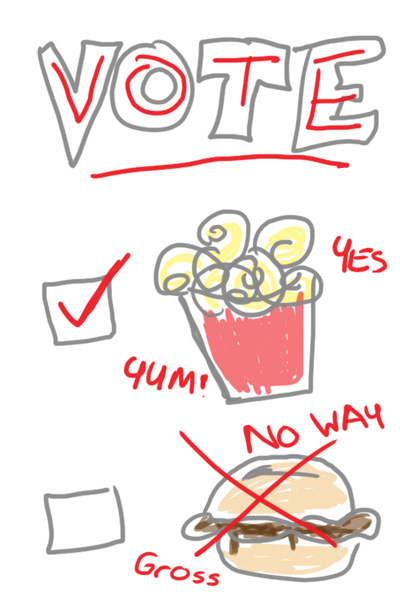 Courtesy of our good friend @stevieroxelle

Anyone that knows anything about hockey knows that Hockeytown stretches far beyond Detroit’s city limits. We’re a proud bunch stationed all over the state, all over the nation, all over the world. You probably heard us cheering when the Wings scored in Anaheim and Los Angeles over the weekend. You’ve likely watched a relative home game played in Arizona.

Like all things Red Wing, Operation: Curly Fries has been embraced far and wide by patriots who seemingly only have a few things in common: an undying affection for the winged wheel, and love for the community no matter what zip code you call home. Wings Nation brotherhood was probably never felt more strongly than it was last March, when hundreds of us banded together to welcome a displaced wingnut to Motown after a long flight from Brazil.

I didn’t even know what Mauritania was until we found out they read the site, and count themselves among the Wings faithful.

Hell, even bloggers from other teams are pulling for us. 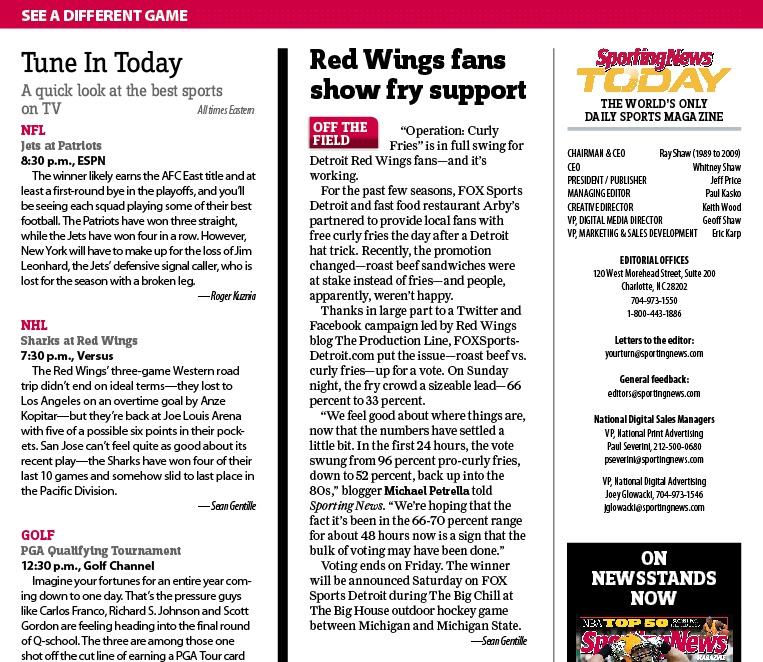 Huge thanks to our good friend Sean Gentille at sportingnewstoday.com.

A very small percentage of those fine folks can actually cash in on curly fries if one of their beloved goes hatty. But each and every one of them wants the Detroit contingent to be able to cash in, because they know that’s what’s right.

Our campaign manager, CaptNorris at The Winged Wheel, has been doing an excellent job keeping track of which states are trending Curlies, and which are still under the veil of evil and darkness (and Nascar). 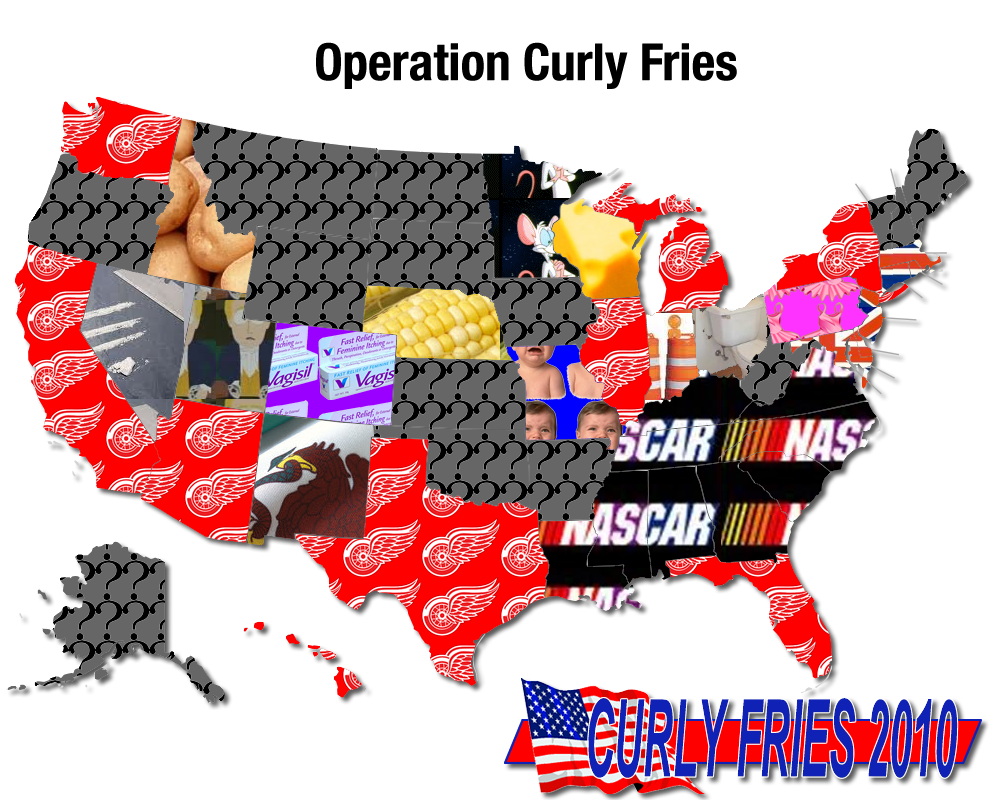 As you can see, the three of us that make up The Production Line won’t let our states falter. None of us call Michigan home anymore, though I’ll be spending Christmas with my folks. But that hasn’t deterred us from beginning this campaign. We knew which way the wind was blowing on this Curly Fries issue… and we took action. Because that’s what Red Wings fans do for each other. We bail each other out when we’re arrested for tossing Octopi, we wear orange hats to tribute a long-time fan, we scream Don’t Stop Believing so loudly that fans in every one of those countries listed above can hear it and know we’re singing for them, too. 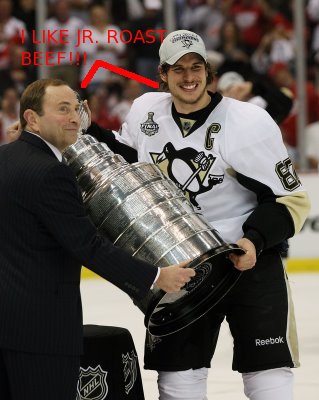 After a tumultuous first 48 hours that saw our lead fluctuate from 97% to the fifties, Curly Fries are holding steady at 66%. This weekend saw the numbers begin to stabilize, moving only a few points – but staying between 65 and 70%. That doesn’t mean you should rest on your laurels. You need to continue voting. You should be voting right now, because you don’t know that Beefians aren’t hiding in the bushes.

Go ahead and click that link… we’ll still be here when you get back. And we’ll be here for a long time after that. Rest assured, Wings Nation, we won’t sleep until you get your Curly Fries back. 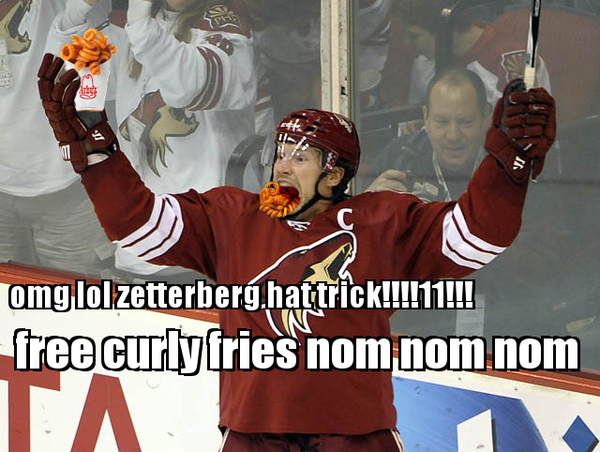 Thanks to @lolabythebay for the Twitpic