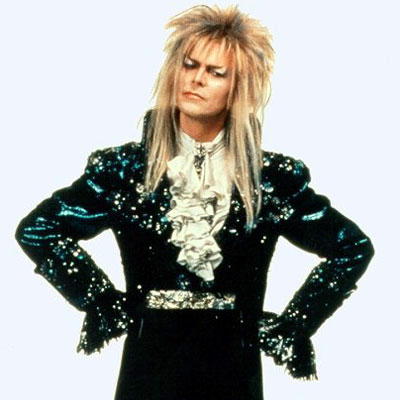 WHAT’S ALL THIS THEN?
The Wings and Coyotes play for the third time in — wait, really? Already? We will have played a non-Central Division “rival” three times before November 9th? In quasi-related news, Detroit hasn’t played St. Louis or Columbus yet. Gotta love the calendar-makers.

WHAT’S THE BIG IDEA?
Our boys return to the Joe after a three-game Western Canada road trip that was, in essence, extremely successful. The last game was no picnic, but the first two were glorious and there are plenty of positive things to take from the games — as Chris pointed out in the rest of the blog’s absence. Speaking of which, I’m still in New Orleans for a few more days, but I’m ready to go home. Not really diggin’ The Big Easy. Then again, work trips are almost always tough to get through. Thankfully, I’ve been able to catch the games online from my hotel room and hope I’m able to do the same tonight.

NOW WHERE WERE WE?
Prior to the Canucks game on Saturday, the Wings had won three in a row and six of seven. That one in seven? The Coyotes on October 28th. Chris Osgood played a shitty game (before redeeming himself two nights later), allowing some softies on the way to a 4-2 loss.

THEIR LAST GAMES
:: Detroit lost 6-4 in Vancouver on Saturday.
:: Phoenix lost in a shootout, 4-3, to Pittsburgh — also on Saturday.

EXPECTED LINEUP
As of this writing (12:32am WHODAT time), there was no word who the odd man out would be. It was Eaves last game, Miller before that, and Scuttles for a pair. The lineup’s looked the best without Hudler in the lineup, so we’ll just go with that and hope it’s right…
Zetterberg — Datsyuk — Homer
Bertuzzi — Flapjack — Mulo
Abdelkader — Modano — Cleary
Eaves — Danger — Miller

Scratches
Jiri “Just Fear Me, Love Me, Do As I Say, And I’ll Be Your Slave” Hudler

Honorable Mentions
Todd “You Have No Power Over Me” Bertuzzi
Todd “Prince of the Land of Stench” Bertuzzi
Jonathan “Nothing? Nothing? NOTHING?! Nothing, Tra La La?!” Ericsson
Ville “I Move the Stars For No One” Leino

THE FIVE HOLE
1. With just a single day off in between battles, I hope that the Wings look back on the last few games while recalling the first eight periods of the trip, and not the last one. They’re an amazingly talented team that has improved something fierce from a year ago.
2. Jimmy Howard played like a man possessed until that last period. The first two games, and much of the third, of the road trip were held together by a rock-solid Tiberius and he’ll be expected to keep that effort up. It’s what starters do, so hopefully he’s patted himself on the back about his new Detroit Red Wings record of consecutive games played without a regulation loss and is aiming for breaking it.
3. Jonathan Ericsson has played well in the last few games since his return from injury. Which is great because we ragged the shit out of him on TP:60 (note: by “we,” I mean “I”). I’d like him to succeed and if I remember correctly, I said something along the lines of “making the simple plays and doing what you have to do stay in the lineup and it’ll work out,” and he’s doing that. Then, a shot from the blue line goes in. Who knew shots could potentially turn into goals?
4. Like I mentioned above, I don’t know who the healthy scratch will be — but here’s what I know for sure: Justin Abdelkader has lit the third line on fire. That’s a trio you can’t break up right now. Justin Abdelkader, Mike Modano, and Dan Cleary are as safe as can be right now. Sadly, the fourth line is being rotated so that Jiri Hudler can be worked in, and I sincerely hope that doesn’t mean it’s Darren Helm’s turn to sit. He’s dynamic and brings something that no one can replace. Scuttles is too good to be in the press box, and he won’t get into a rhythm from up there, but I don’t want any of the fourth liners sitting either. Quite a pickle we’ve got.
5. What’s up with Johan Franzen? Anyone think he’s hurting a bit more than they’re letting on? Homey can’t stay NOT hurt, and he just doesn’t look right. I tell ya what — he got called for a lazy penalty on Saturday, and it’s the kind of penalty you take when you don’t know what else to do. Johan Franzen isn’t the kind of player that “doesn’t know what else to do,” leading me to believe that he might be tweaked. If he DOES need a breather, it’ll solve that problem mentioned in #4 for a game or two…

WHAT WE LEARNED AGAINST THE CANUCKS.
Three games in four nights is when the Wings get tired. They must be old as balls.