Nov 3 :: This Toads the Wet Sprocket 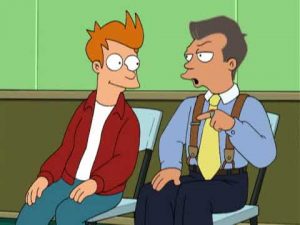 Gutsy question. You're a SHARK. No wait, you're a Flame.

WHAT’S ALL THIS THEN?
The Wings take on the Flames for the second time this season, this time in Calgary. Puck drops at 9:30pm Eastern Time.

WHAT’S THE BIG IDEA?
Jimmy Howard is back in the net after sitting out a couple with back spasms, and Johnny Ericsson makes his return to the blueline after sitting out the last eight and a half. Let’s see where this takes us, shall we…

NOW WHERE WERE WE?
There have only been three games since the last meeting, but it’s been nearly three weeks. On October 21st, the Wings were 4-2 winners on goals from Franzen, Bertuzzi and first-of-the-seasons from Nicklas Lidstrom and Henrik Zetterberg.

OH, HI AGAIN / MEMBA ME?!
No former Wings, but a few Michiganders. Brad Stuart and Todd Bertuzzi are former Flames.

THEIR LAST GAMES
:: Detroit got a great effort in goal and defeated Nashville 5-2 on Saturday evening.
:: Calgary has been struggling this season, evidenced by their 7-2 whomping at the hands of the Capitals on Saturday.

Injuries
Kris “Let Me Worry About Blank” Draper [groin]
Brian “My One Regret… Is That I Have Boneitis” Rafalski [knee]
Chris “YOUR APARTMENT SMELLS LIKE POLYGRIP AND CAT PEE!” Osgood [groin]

Honorable Mentions
Todd “Necks are for Sheep” Bertuzzi
Kyle “Once Again, the Conservative Sandwich-Heavy Portfolio Pays Off for the Hungry Investor” Wellwood
Ville “More Like Germany — Ambitious and Misunderstood” Leino
Marian “Suddenly I Have an Opinion on the Capital Gains Tax” Hossa

THE FIVE HOLE
1. The return of Jimmy Howard. When Chris Osgood left practice early, we all feared the worst — not having either netminder for a Western road trip would be misery. Thankfully, Jimmy Howard was slated to return tonight no matter what. I’m sure they’d rather he not play back-to-backs (…ever, but particularly after returning from back spasms), so here’s hoping for a relatively easy night between the pipes.
2. Ericsson’s back, which can only be good news if its Jug Danik that he’s replacing. I’m anxious to see how he does paired with Nicklas Lidstrom. If anyone’s built to be a mentor, it’s Lidstrom — but at the same time, I’d hate to “waste” his talents babysitting the Rigbox. We’ll see where this heads.
3. I know it’s been neglected a bit, but Pavel Datsyuk is amazing. That’s not news — we’re all aware of his dangles and that he’s made of magic or something like it. But every single game this year, he’s done something that made my ears perk up and wonder how he did it. Plays off the back of the cage, figure eights through legs, passes to himself — the man is a dynamo. Add the fact that he always knows where to be, is nearly impossible to knock off the puck, and can shoot with the best of them, and you’ve got yourself a Hart candidate. If he keeps playing the way he’s been playing early in the season, he may break that 100-point barrier. He’s on pace for exactly that.
4. Jiri Hudler is going to have a hard time getting back into the lineup, barring an injury. Justin Abdelkader looks like he was shot out of a cannon, and I’m sure he’s excited to get his season started — but if he plays like he did on Saturday, he’s not coming out of the lineup ever.
5. At the same time, patience seems to be running thin on Mike Modano. He isn’t expected to lead the brigade, but he is expected to contribute offensively occasionally and play responsible defense. He has one point (lowest among forwards who have played more than one game) and is a team-low -7. Ouchy.

WHAT WE LEARNED AGAINST THE PREDATORS
Justin Abdelkader is out of control. The good kind.