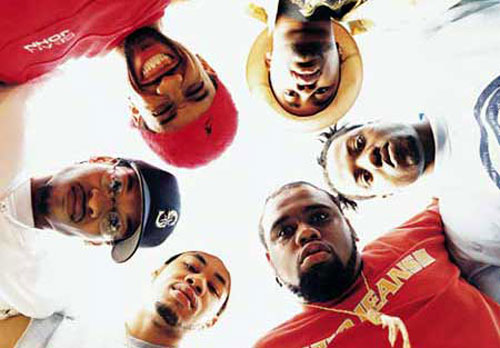 Doug Janik? YOU GOT KNOCKED THE FUCK OUT!

WHAT’S ALL THIS THEN?
Red Wings and Anaheim tussle for the second time in the young season. Saturday at the Joe. 7pm Petrella Time Zone, 6pm Discher Time Zone, 4pm Hollis Time Zone.

WHAT’S THE BIG IDEA?
The Wings are riding a two-game win streak, and hope to keep the offensive momentum and solid goaltending going as they meet former doormat-turned-OHNOESWELOSTHIM! defenseman Andreas Lilja. The Diamond’s top client is the newest addition to an absolutely horrifically bad Anaheim Ducks team that is still trying to get clicking.

NOW WHERE WERE WE?
Woo baby, it was the first game of the season. There were a few ass-whoopings: on the scoreboard, as Detroit unleashed a 4-0 W. Also, Pavel Datsyuk — YOU HERRD ME — dropped the gloves and put knucks to the lil’est lil fucker Corey Perry.

OH, HI AGAIN.
Dre Dre Lilja took his caveman brow to the ‘burbs. For a shade over half of what he turned down to stay in Detroit. WHERES MY ABACUS?!

MEMBA ME?!
Rusty (nay, CIRQUE) Salei, Drew Miller, and Todd “I Can’t Stop Dancin’ My Feets Are On FIRE” Bertuzzi are all former Fowl.

THEIR LAST GAMES
:: Detroit churned out a fairly complete effort in a 4-2 victory over Calgary on Thursday.
:: Anaheim won their most recent game, too, defeating a — YOU GUESSED IT! — Leastern Conference foe, 3-2 over the Flyers, also on Thursday.

Injuries
Have you ever re-falled in love with something you’ve fallen in love with several times before? That happened to me this week, when I was pleasantly surprised by a Nappy Roots song I’d heard several hundred times came on my iPod. I know hip hop isn’t for everyone, but I urge you to give them a try if you’re even slightly inclined. If not, they still make for hilarious nicknames! This will probably be a regular thing… the following are just from the first few tracks on the first album…
Kris “With Them Big Fat Wheels” Draper [groin]
Justin “I Ain’t Tryna Be Ya Buddy” Abdelkader [ribs]
Jonathan “Atari 26 One Stick Never Worked” Ericsson [back]
Brian “No Perm No Fade No Brush No Comb” Rafalski [knee]

Honorable Mentions
Todd “Aw Naw HELL NAW” Bertuzzi
Todd “Where Yo Head At?” Bertuzzi
Todd “Peep the Vertical Grill” Bertuzzi
Todd “Murdered My Granddad Over Real Estate” Bertuzzi
Jiri “If I Love It, Ima Lick It Like It’s Pun’kin Pie” Hudler
Mike “Take A Honey With the Silicone” Modano
Darren “Quicker Than a Wide Receiver Running Out on a Cross” Helm
Pavel “Hooked It Up Like the Waitress From the IHOP” Datsyuk
Drew “Big Bang Baller on a Budget” Miller
Derek “You Gotta Better Chance at Winning the Lotto” Lebda
Jason “Colt 45 Errytime Like Billy Dee” Williams
Brett “Interstate 65, Headin’ Down to Cashville” Lebda
Kyle “Get Your Mind Outta The Gutter and Pass the Butter” Wellwood
Kyle “Gotta Be Thicker Than Granny’s Gravy On the Side” Wellwood

THE FIVE HOLE
1. Todd Bertuzzi’s on a roll. I admitted via Twitter that I’m digging the game he’s playing right now and — when I regained consciousness — I read that he has eight points in six games.
2. Johan Franzen has points in — if my math is correct — 726 straight games. More than a handful of those points have come as bank shots off of a goaltender’s dome. That’s baller.
3. Nick Lidstrom and Henrik Zetterberg got their first goals of the season on Thursday, leaving Tomas Holmstrom and Jiri Hudler as the only two glaring goose eggs. I’m sure Homer’s not worried because Homer’s doing what Homer does: Homer stuff. Scuttles, on the other hand, is probably getting itchy.
4. James Howard is a man. That is all.
5. Anyone want to take odds on the time of the first fight? After Game 1, it seems pretty obvious these two squads don’t much care for one another and the Ducks go all poopy-diaper crybaby when things aren’t going their way.

WHAT WE LEARNED AGAINST THE FLAMES
Big players come through with big plays.