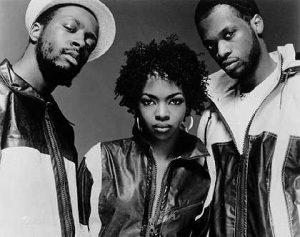 Great... now her children are going to starve.

WHAT’S ALL THIS THEN?
The Wings meet the Toronto Maple Leafs in yet another pre-season tilt, a tune up for the real thang — which starts nex– OMFG!

WHAT’S THE BIG IDEA?
1. STOP GETTING HURT, GODDAMNIT. Now Todd Bertuzzi is “complaining” of back pain. Ya know who else complained about back– nevermind…
2.  Long-time Maple Leaf and even longer-time asshole Darcy Tucker retired earlier today. I’m sure the Leafs will demand some sort of pre-game celebration. Even though the game’s in Detroit.
3. This is the 500th post in TPL History (which is now a course taught at Eastern Michigan), giving it a benchmark by which to measure the next 500. Thanks for coming by and making it fun to do.
4. Bonus Big Idea: Chris Minard has been placed on waivers with the intention of assigning him to Grand Rapids.

NOW, WHERE WERE WE?
The Wings and Maple Leafs last played on November 7th. Despite the Leafs being a glorified minor league team for the infinityth season in a row, it was a 5-1 loss for the good guys. Shocker: Chris Osgood was in net.

OH, HI AGAIN
Brett “Big Money Big Money Big Money No Whammy STOP!” Lebda is now a member of the Maple Leafs. It took a grand total of eleven seconds for Toronto fans and media to drop the “what the fuck is this guy doing” on him.

MEMBA’ ME?!
There aren’t any former Leafs on the Wings big squad — but Brian Lashoff is the brother of current quasi-Leafs defenseman Matt Lashoff and Grand Rapid Griffin Joey MacDonald is a former Maple Leaf.

BEST NAME NOMINEE
Nazem Kadri has one of the coolest names of any profession — and if he isn’t eaten alive by the T.O. media (prior to his twentieth birthday, by the way), he should be a hell of a player in the league. But, like everything else, I’m sure Toronto will find a way to ruin him based on nothing besides expectations. Felix Potvin says what’s up. Jonas Gustavsson is a good bet for BNN, as well. So is Luca Caputi. And Carl Gunnarson.

Also worth nothing, Kris Versteeg’s name is spelled wrong on the Cup. YOU CAN’T EVEN HAVE THE CUP BY PROXY, TORONTO!

Nicknames inspired by the song that came on Pandora immediately after I typed the Expected Lineup. Total luck of the draw.
Injuries
Todd “Ready Or Not, Here I Come, You Can’t Hide, Gonna Fiiiiind You” Bertuzzi
Derek “Sleepwalk Awake” Meech
Kris “Born Again Hooligan Only to be King Again” Draper
Patrick “On the Twelfth Hour, Fly By in My Bomber” Eaves
Chris “Pinch My Hips to See If I Still Exist” Osgood
Big League Scratches
Justin “Gun Blast, Think Fast, I Think I’m Hit” Abdelkader
Darren “Giddyupin’ On Their Horse” Helm
Honorable Mentions
Kyle “The World Ain’t Cake” Wellwood
Andreas “Jail Bars Ain’t Golden Gates” Lilja (so appropriate…)
Antoine “Everyone Would Have a Gun in the Ghetto Of Course” Dodson
Jiri “Kick a Rhyme Drinkin’ Moonshine” Hudler
Pavel “Thinkin’ Bout the Robbery That I Did Last Week” Datsyuk
Ville “Dance Around the Border Like I’m Cassius Clay” Leino