One More Nod to Summer Girls, for the Lyte Funky Ones 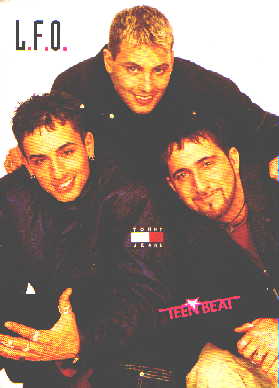 WHAT’S ALL THIS THEN?
The Red Wings play their second game of the pre-season, taking on the defending (redacted) Cup Champion Chicago Blackhawks. The puck drops at the new Joe Louis (LOUIS!) start time: 7pm.

WHAT’S THE BIG IDEA?
1. Coming off a straight-up ass-whomping at the hands of the Pittsburgh Penguins, the Wings should want to get back on the right foot.
2. Unlike Wednesday, tonight’s game is televised. You can check it out on NHL Network.
3. New Blackhawk netminder (haw haw) Marty Turco will not be playing in tonight’s game. But unlike Red Wings goalies, who spend their off-nights charting faceoffs, Turco will be in the Joe’s rafters looking for his jock strap. BOOYAH.

NOW WHERE WERE WE?
The last game between the two Norris Division rivals was the final game of the 09-10 regular season. The Wings were 3-2 overtime winners.

MEMBA ME?!
As we all know, Dan “Loins” Cleary was a first round pick of Chicago back in the day.

THEIR LAST GAMES
One team won their last game — the other lost theirs. Speaking of which, it’s an old sports saying that “the goal is to win your final game,” but that’s not entirely true. I’m sure ONE of the fourteen teams that didn’t make the playoffs won their last game, right?

QUICK THOUGHTS
1. Brendan Smith makes his Red Wings debut, and has been much hyped leading up to his first pro season. Can’t be worse than Derek Meech and Brian Lashoff, amiright?!
2. Chris Osgood didn’t have a strong performance in his pre-season debut against a stacked Penguins squad, and behind a weak defense. Let’s hope for a better effort on all parts in front of Jimmy Howard
3. Johan Franzen took a knee to the thigh, but has been walking and doesn’t seem like he’ll miss any time. Thank the Mule Gods.

6 thoughts on “One More Nod to Summer Girls, for the Lyte Funky Ones”