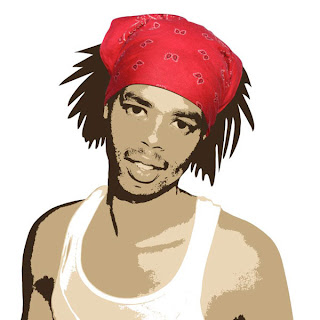 ***UPDATE***
Jiri Hudler will not play tonight, he’s day-to-day with a bruised foot after blocking a shot on Tuesday. He will be replaced in the lineup by Ilari Filppula.

Well, Red Wings fans. The time has come. It’s been a long, cold (read: hot) summer and it’s just about time to rev up the TPL Machine (I call it the General Jailsexlee) and do the damn thing. Your boys in red and white take to the ice tonight for a pre-season tilt, the first game ever played at the Penguins new rink. I was going to look up the name of it, but frankly — I don’t give a shit.

Is it too early to hate the Pittsburgh Penguins? The answer, of course, is “no, who the hell are you?” I can’t promise that the pre-games will maintain this format for the 2010-11 season, but for nostalgia’s sake (ya know… of a few months ago), I present you with the very first TPL Pre-Game in its new home.

WHAT’S ALL THIS THEN?
The Red Wings get up, dust themselves off, and start their 2010-11 campaign, meeting the Penguins in their Temple of Doom.

WHAT’S THE BIG IDEA?
1. There isn’t one, really. It’s a primer for the real games — which start soon enough. The Wings are dressing a lineup full of probables and a find maybes, and the Pens are doing the same.
2. Pre-season or not, let’s get a win here. Last season started a little lax and it’s time to show the world they can take their “too old” talk and shove it right up their bootay.
3. Chris Osgood is starting and playing two periods tonight. He has looked solid in camp, from what they tell me (they being you) and that’s good because he sucked donkey nard last season. If I’m being a smart-ass (I am), I’d ask how many seconds will go by before he allows one, since — ya know — he had a habit of letting pucks by him ON THE REGULAR in the opening minutes of games.

NOW WHERE WERE WE?
The last time these two clubs met was March 22nd. You may remember it fondly as a 3-1 victory. But we don’t kid ourselves around here. We remember it because Jimmy Howard beat the crap out of Sidney Crosby and permanently tattooed his chubby ass cheeks on our hearts.

MEMBA ME?!
As is tradition, the Red Wings stole some Wilkes-Barre/Scranton Penguins in the off-season. Neither are playing tonight, but Chris Minard and Jamie Johnson are now Griffins. So take that, lovely part of the country where I was married in August!

THEIR LAST GAMES
They both lost in the playoffs — and for the first time since 2007, it wasn’t to one another.
PENGUINS YOU SHOULD KNOW
They’re playing with nearly a complete lineup, so get ready for some Thid, Malkin, Orpik, Fleury. You know… guys you don’t really care for. What, no Jagr?
EXPECTED LINEUP
(Big time hat tip to @mserven for getting the lineups to me in a crunch)
Franzen — Flip — Shetuzzi
I. Filppula Scuttles — Modano — Cleary
Ritola — Helm — Eaves
Miller — Abdelkader — Downey
Stuart — Kindl
Ericsson — Salei
Meech — Lashoff
Osgood
McCollum

BIG LEAGUE SCRATCHES
Jimmy “We Got Yo’ T-Shirt!” Howard
Nicklas “You Done Left Fingerprints” Lidstrom
Brian “Snatchin’ Yo People Up” Rafalski
Tomas “You Don’t Have to Come and Confess” Holmstrom
Niklas “We Lookin’ For You” Kronwall
Henrik “Ferreal…” Zetterberg
Pavel “Run and Tell” DATsyuk

QUICK THOUGHTS
1. Start it off right.

WHAT WE LEARNED THIS OFF-SEASON
It’s long when you’re not winning the Cup. Let’s not do that again.