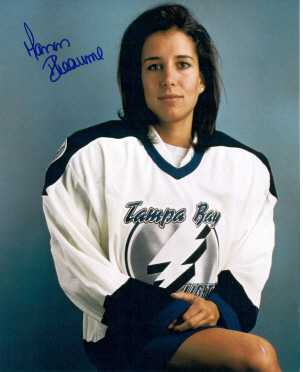 WHAT’S ALL THIS THEN?

Thursday, December 17th, 2009. 7:30pm. Tampa Bay Lightning @ Detroit Red Wings. It’s Ugly Sweater Night at the Joe.
WHAT’S THE BIG IDEA?
1. Jimmy Howard. Sure is getting a lot of starts for someone who ISN’T the starter, eh?
2. The Red Wings are without yet another player – this time Jonathan Ericsson.
3. Detroit’s looking for its fourth in a row. It would be the first time all season.
NOW WHERE WERE WE?
The last time the Wings played the Lightning was November 13, 2008 – a little over 13 months ago. The Wings won 4-3 with goals from Zetterberg, Franzen, Datsyuk, and Samuelsson. Chris Osgood was in net, and Dan Cleary was out with an eye injury. It was the first of five wins in a row. Come on, repeating history!
WHAT’S HAPPENED SINCE THEN
The Lightning finished the season near the basement, and drafted Swedish Mountain Victor Hedman. They were off to a better start this season, but again find themselves at the bottom of the standings. It’s been a long drop from the 2004 Stanley Cup season,
OH, HI AGAIN
The Wings and Lightning made a trade on Draft Day, as Detroit swapped its 29th pick (Carter “Son of Former Red Wing Brent” Ashton) for the 32nd (Landon Ferraro) and 75th (Andrej Nestrasil). There are no former Red Wings on the current Lightning roster.
MEMBA ME?!
Earlier this season, the Red Wings plucked Drew Miller off of waivers from Tampa Bay. So…thanks for that. Doug Janik played for the Lightning, just like he did for every other team in the NHL.
BEST NAME NOMINEE
Zenon Konopka.
THEIR LAST GAMES
–Detroit defeated Phoenix on Monday by a score of 3-2.
–Tampa had a rough outing on Tuesday, losing to Nashville 7-4.
RECORDS
–Detroit Red Wings :: 17-11-5 (3rd in Central, 8th in West) :: 10-6-2 at home.
–Tampa Bay Oren Koules :: 11-13-9 (4th in Southeast, 13th in East) :: 4-9-5 on the road.
LIGHTNING YOU SHOULD KNOW
Martin St. Louis :: Vincent Lecavalier :: Ryan Malone :: Steven Stamkos :: Ed Kowalczyk :: Alex Tanguay :: Matthias Ohlund :: Mike Smith
EXPECTED LINEUP
Doug Janik will play his second game this season, in Ericsson’s place, including on the penalty kill. Helm can’t go, Newbury will play his second game, and presumably get eight penalty minutes and two goals. In the first period.
Datsyuk — Zetterberg — Holmstrom
Bertuzzi — Eaves — Leino
Miller — Abdelkader — Draper
Maltby — Newbury — May
Lidstrom — Meech
Rafalski — Janik
Lebda — Stuart
Howard (starts)
Osgood
Injuries
Andreas “Part-Time Lover” Lilja
Johan “Higher Ground” Franzen
Valtteri “Superstition” Filppula
Jason “Living for the City” Williams
Niklas “Uptight” Kronwall
Dan “Signed, Sealed, Delivered” Cleary
Darren “You Are the Sunshine of My Life” Helm
Jonathan “Sir Duke” Ericsson
QUICK THOUGHTS
1. If Doug Janik plays like he did the last time he was called up, he’ll be fine. He kept it simple, and it worked.
2. How this team stays afloat with all these injuries is amazing, but someone’s going to have to step up. Prime candidates now that they’ve had a few days to decompress are Pavel Datsyuk, Nicklas Lidstrom, and Ville Leino.
3. Drew Miller is quietly becoming a very reliable point producer. He should feel a little extra motivation against the team that waived him earlier this season.
4. Jimmy Howard has been playing well enough to keep getting the nod. Osgood will likely have the second of the back-to-back games, so it’s important that Howard makes this opportunity count – a tiny bit more so than usual. Also, I’m the last one to state this stat: Chris Osgood is 17-0-0 against Tampa Bay in his career.
5. This is the first game of the season that the Red Wings are going into while seeded 8th or better. The trick now is staying there, and going only up. Win, boys.
WHAT WE LEARNED vs. the Coyotes
Kris Newbury. Booyah.
BOLT WE COVET (JJ Special)
Drew Miller. Oh, wait…  James Wright — what a cool story. Interestingly, they have Matt Walker and Paul Ranger. Neither are from Texas.