WHAT’S ALL THIS THEN?
Wings and Flames — 5pm, Sunday.

WHAT’S THE BIG IDEA?
After dropping their first game in two weeks, the Wings look to get back on the pony and start another multiple-game winning streak. The last one was four. The one before that was three. Do I smell five? It’s not out of the question, as Calgary is followed by Atlanta, a home-and-home with the Beejers, and a Wings Wings Tuesday in St. Joe to close out the month.

NOW WHERE WERE WE?
Stop me if you’ve heard this before: but the Wings and Flames have played already this season. Twice, in fact. Furreal? Furreal. The last one was on November 3rd: a 2-1 win, with goals from Mike Modano and Justin Gatorkader.

OH, HI AGAIN / MEMBA ME?!
Todd Bertuzzi and Brad Stuart each spent some time in Cowtown.

THEIR LAST GAMES
:: The Wings gave up a late regulation goal before losing in overtime to the Wild 4-3 on Friday.
:: The Flamejobs jailsexed the SHIT out of the defending Stanley Cup champions, 7-2, also on Friday.

Scratches
Patrick “Just Once in a While. That’s All I Need” Eaves
Jakub “Walks That Walk, Talks That Talk” Kindl

Honorable Mentions
Todd “If You Don’t Stop, I’m Going to Put You Down” Bertuzzi
Valtteri “Thrills Me So, I Do A Back-Over Flip” Filppula
Henrik “The Closer You Get, The Better You Look Babe” Zetterberg
Jiri “All of These Girls, It’s a Pity” Hudler
Jonathan “Wanna Thrill Ya, Pretty Mama” Ericsson
Marian “Disappointment Was My Closest Friend” Hossa
Ville “I Want Somebody to Hold My Hand” Leino

THE FIVE HOLE
1. Jimmy Howard didn’t have one of his better games on Friday, and I’m sure he’d like at least one of those goals back. But he also made some brilliant saves that kept the Wings in a game that they had no business being in for the first half of the contest. I’m sure he’s anxious to bounce back and get his 11th win on the season.
2. Make fun all you like, but Jarome Iginla is a good hockey player. He’s always been a good hockey player. He may not be as dominant as he was once upon a time, but it’d be foolish to pretend he can’t bring the mojo. He’s notoriously quiet against Detroit, but he was given a vote of confidence last night — assured he wouldn’t be asked to waive his no-trade clause, and something tells me he’s going to be looking to prove that the Flames are still his team.
3. For the last 7 games (this will be 8), Drew Miller and Patrick Eaves have rotated who’s in the lineup and who’s in the press box. In each of the last two games, the one on the ice has scored a goal. If that’s not fourth liners doing everything they can to stay in the lineup, I don’t know what is. I expect another good game out of Drew Miller tonight.
4. Likewise, each game that goes by that doesn’t see a Modano Hat Trick has the Nodanos shaking, looking for new ways to scream that he doesn’t belong in the everyday lineup. But wait! Going back the last Flames game, Modano has a goal, five assists, and is +6 in 8 games. He’s been playing great hockey.
5. PETRELLA CROW SECTION: While Jonathan Ericsson played very well on Friday evening, making the plays that a good defenseman makes. Kudos to the young sir.

WHAT WE LEARNED AGAINST THE WILD
Does it count as “learning” if we already knew that giving up a Budd Lynch goal just before a W will equal an L almost always? 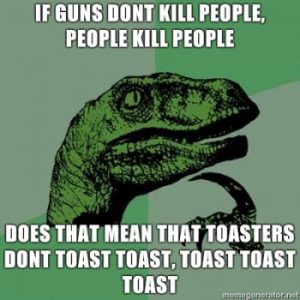