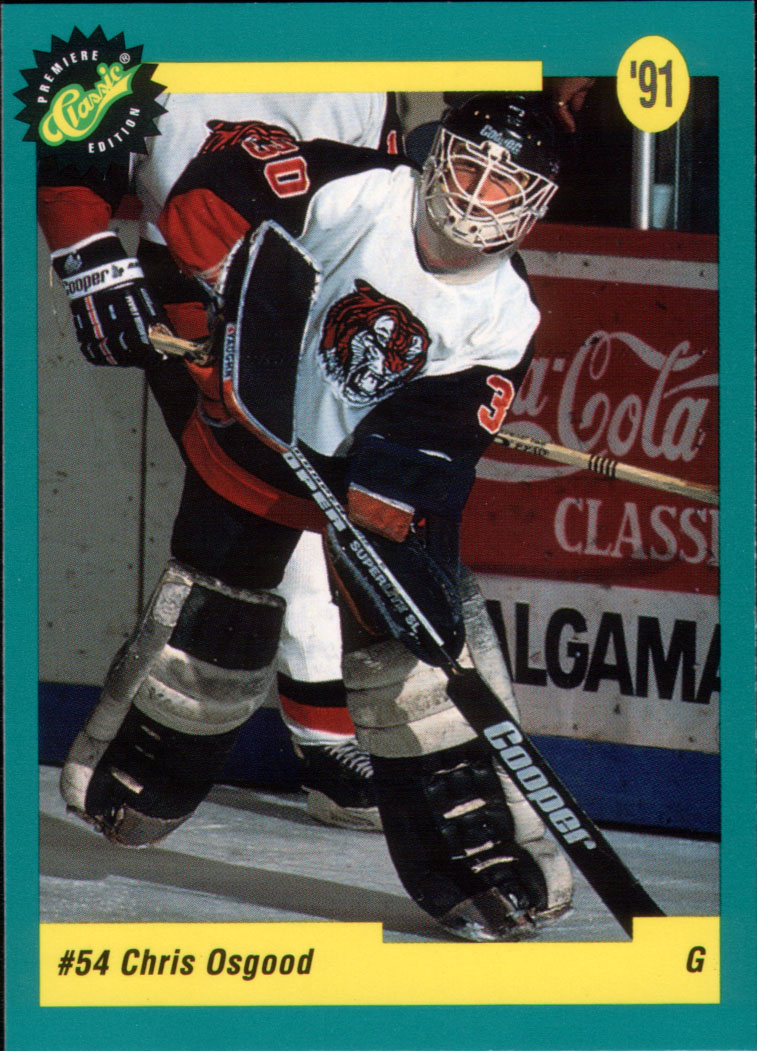 Found: also known as the "silver lining" to cleaning out an old closet

Long-time Red Wing goaltender Chris Osgood has retired from the National Hockey League after seventeen seasons, 401 wins, 50 shutouts, 74 post-season wins, 15 post-season shutouts, three All-Star games, two Jennings Trophies, one goal, and three Stanley Cup victories. He leaves the game as the tenth winningest goaltender of all time. He has accepted a position within the organization, working with the team’s young goaltenders in a mentor-like role.

The announcement will be made via conference call at noon today, as General Manager Ken Holland joined the goaltender from their adopted hometown of Vernon, BC.

Originally drafted 54th overall in the third round of the 1991 Entry Draft, Chris Osgood spent much of his career as the Little Engine That Could — always facing detractors (yours truly included) despite always finding a way to win, particularly when it counts: in May and June.

He’ll be the subject of years worth of Hall of Fame talk — is he worthy of induction, was he just a bystander on a great series of Red Wings teams, are wins and titles enough to merit induction when he was never the best player at his position? This isn’t a time for those conversations — this is a time to reflect on the man we watched grow up from a fresh-faced youngster who wept after turning over a puck that led to a crushing first round loss… to a tough-as-nails jokester that has been a solid locker room influence on a new generation of pro’s pros in the Detroit locker room.

Speculation has been rampant since he last played in January, losing more than half the season following hernia surgery that proved too difficult to bounce back from. In fact, since 2009, Osgood has played in only 34 games — necessitating the use of a third goaltender to pick up the slack. Joey MacDonald — last year’s third goalie — was re-signed to a two-year deal last Monday. The Red Wings are still in the hunt for a backup netminder, with the odds-on favorite being former Winged Wheeler Ty Conklin. Other available goaltenders include Ray Emery, Marty Turco, Pascal Leclaire, and John Grahame. Ken Holland has also hinted that a goaltender has been offered in a trade, very likely Michael Leighton in Philadelphia.

Congratulations, Mr. Osgood. It’s been a wild ride, and we look forward to seeing the fruits of your labors in the future when Thomas McCollum, Petr Mrazek, Jordan Pearce, and whoever else is lucky enough to follow in your footsteps, finally take to the blue paint — the hardest position to play of any sport in Detroit.

CHRIS OSGOOD AGAINST THE WORLD