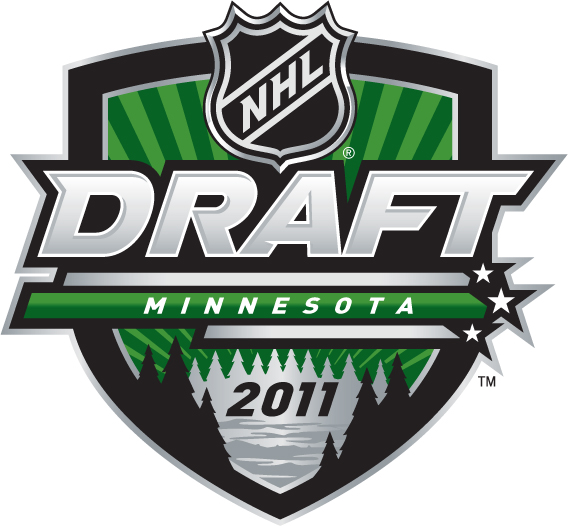 As I’m sure you’ve been able to gauge over the last few weeks, I’m a bit of a Draft nerd. I was honored to be there last year, and in covering the draft for WIIM, I was able to interview the Red Wings picks. This year, I’ll be watching for the twentieth straight year. I hope that the Previews (Part I, II, and III) were helpful in getting a tiny tiny tiny bit of information on some of the kids that will be finding new homes in the big leagues.

It’s nearly impossible to get a mock draft totally right, because there are so many moving parts: draft-day trades, interviews that the public (and even insiders) aren’t privy to, and if one team goes off-the-board (I’m looking at you, New York Rangers), everyone’s draft list is jumbled. But I’ve done one anyway… and I’d like to share it with you two days before the most glorious of non-Stanley Cup-winning June days.

Just a reminder, for the third year in a row, we’ll be hosting a Live Chat right here at TPL — complete with your favorite Red Wings bloggers and personalities from all over. Feel free to join us, it’s sure to be a hell of a good time!

1. Edmonton Oilers — Ryan Nugent-Hopkins, C
Seems like a no-brainer at this point. He’s the top talent available in the Draft and has said he’d enjoy playing in Edmonton and with Taylor Hall. That’s a hell of a one-two punch when they’re in their primes together.

If I’m picking for the Oilers, I’d do my best to make a strong push for Adam Larsson, the top defenseman available in the Draft. They picked the best offensive talent a year ago (Hall), and the last time they used a first round pick to take a defenseman was (get ready for this…) 1996. And he ended up only playing in five NHL games. A good friend of mine named Casey (@lotionman13) brought up a good point, though: can you imagine the revolt if a Canadian team picked a NON-Canadian with that top pick? Touche.
OTHER POTENTIALS: Adam Larsson, but not really.

2. Colorado Avalanche — Gabriel Landeskog, W
Even with Larsson available, all signs point to the Avalanche picking Landeskog. Apparently, the front office is gaga over the kid and think he can drop onto their top line immediately in 2011-12.
OTHER POTENTIALS: Adam Larsson, Jonathan Huberdeau

3. Florida Panthers — Jonathan Huberdeau, C
This is where the Draft will start to get interesting, I think. If the Panthers aren’t in love with Huberdeau (and they should be, to be clear), and they have their eye on someone else — they could very easily trade this pick to a team that is batshit insane for Huberdeau or Larsson or Couturier. The Panthers have a ton of centers, but the smart pick (assuming they keep it) is Huberdeau.
OTHER POTENTIALS: Adam Larsson, Sean Couturier

4. New Jersey Devils — Adam Larsson, D
The Devils couldn’t be luckier getting a long-term defensive stalwart at number 4, thanks to moving up five slots after winning the lottery. I can’t see Larsson slipping further than four.
OTHER POTENTIALS: Sean Couturier, Dougie Hamilton

6. Ottawa Senators — Sean Couturier, C
The Sens get a great player at six, a kid that’s slipped a bit but was once considered the top prospect available in this Draft.
OTHER POTENTIALS: Dougie Hamilton, Ryan Strome

7. Winnipeg — Dougie Hamilton, D
This might be the first spot where “best available” comes into play, since they need everything. Hamilton is the best defenseman available who isn’t named “Adam Larsson,” and they could do a hell of a lot worse.
OTHER POTENTIALS: Nathan Beaulieu, Mika Zibanejad

8. Columbus Blue Jackets — Ryan Murphy, D
Pretty balanced set of prospects means that the Jackets are also in the “best available” mindset, and have their pick of some talented kids.
OTHER POTENTIALS: Nathan Beaulieu, Mika Zibanejad

10. Minnesota Wild — Mika Zibanejad, C
I dare you to tell me you can’t see “ZIBANEJAD” on the back of a Minnesota Wild jersey.
OTHER POTENTIALS: Sven Baertschi, Duncan Siemens

24. Detroit Red Wings — Jonas Brodin, D
After picking a non-defensemen with their first pick in each of the last three Drafts (following an incredible run of something like 827 straight Drafts picking a blueliner first), it’s likely going to be a D-man this time around. With Brendan Smith potentially graduating to the big club, as well as Brian Rafalski’s retiring coupled with Nicklas Lidstrom’s impending retirement, it’s time to start stacking up talent to take over the rear six in the coming years. After Smith, the Wings have very little by way of defensive prospects (with Adam Almqvist, Brian Lashoff, and Ben Marshall likely leading that department). Even if Brodin is taken by #24, there will be a good one on the board.
OTHER POTENTIALS: Jamieson Oleksiak, Joe Morrow, Oscar Klefbom, David Musil, Connor Murphy
IF THEY GO NON-DEFENSE: Matt Puempel, Nicklas Jensen, Tomas Jurco, Vladislav Namestnikov, Rickard Rakell, Alexander Khokhlachev