Give Our Creation… LIFE!

I’m sure everyone noticed that Johan Franzen took a Doan-assisted header into the boards early in yesterday’s game. When came back to the bench a period later with 21 stitches, cotton in his nose, and no visor, I think we all saw how badass hockey players can be. (And when Turris tore off a fingernail later in the game and was crying about it, well that just shows how  some hockey players can be total babies.)

Those stitches, added to the other cuts and scrapes on Franzen’s face, had some of us comparing him to a certain stitched-together, reanimated monster. 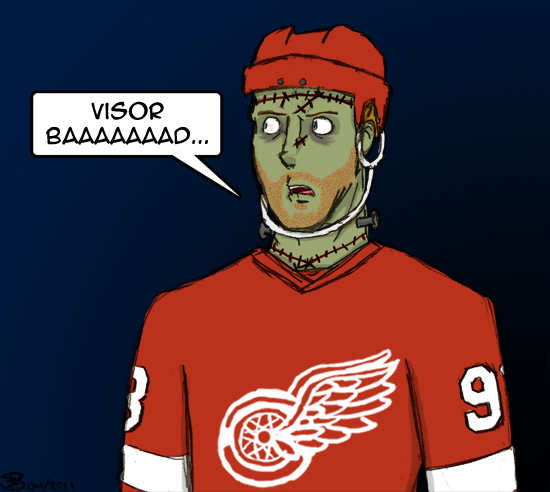 Thanks to Petrella for the inspiration.

Maybe when he needs a scoring boost we can hook up a car battery to those neck bolts and give him a jump.

4 thoughts on “Give Our Creation… LIFE!”