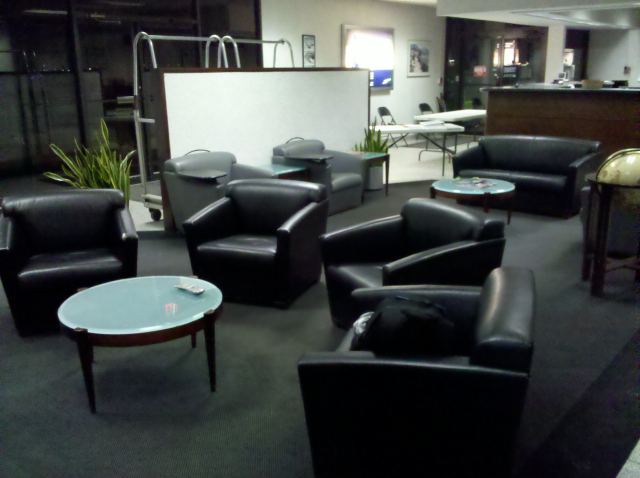 PREFACE
Let me start this five-part post extravaganza by saying that I’m not entirely sure I possess the skills necessary to properly describe the awesomesauce of a weekend like this. The kinds of things I was privy to were amazing — and I’ve had a heck of a time wrapping my head around it all. It’s fair to say that I’ll forget something — and it’d be something pretty awesome — just because of how many incredible things went down over 48 hours. There will be stories that are one-liners, there will be stories that won’t even scratch the surface of the experience, and there will be stories whose details will remain private, like much of the conversation I had with Mr. Holland.

I went into the weekend unsure of how I’d approach it on The Production Line, if at all. It was one of those things where I needed to discover if I should just enjoy it as a fan, which I obviously am, or try to relay a handful of stories. I thought that if it were someone else going, I’d kill to hear which players are quiet, which members of the organization are hilarious, even inconsequential details like what kind of spread they offer the plane.

It goes without saying that none of this was possible without the help of some incredible folks — some of whom will be recognized in a moment. But I owe a sincere thank you to Media Relations Manager Todd Beam, General Manager Ken Holland, and Mr. Holland’s assistant Kathi Wyatt. They made an excursion like this, which I’m certain was difficult to coordinate, insanely easy every step of the way.

So, with all that out of the way… here we go.

HOW’D ALL THIS GO DOWN?
Long story short, it’s thanks to Jack’s Place for Autism, Jim & Lisa Price, and the Dombrowski family. My stepmom is on the board of Jack’s Place, and when they approached the Red Wings to donate something to be auctioned off for a fundraiser, the Wings graciously offered a weekend of access to the team, including a seat on the team plane, a room in the team’s hotel, and tickets to a pair of games. Originally, it was intended to be for a pair of winning bidders.

The way I hear it, when the Wings found out I’d lose my mind to be a part of something like that, they opened it up to four. And so, following a successful fundraiser for Jack’s Place, my dad and I were going to escort the Red Wings to Tennessee. Not bad for a father-son weekend, eh?

We received our itinerary on Thursday afternoon, and as if it wasn’t enough to ride on Red Bird and catch a handful of hockey games, it turns out we were going to have a bit more access than I thought we might. We were invited to morning skates, team meals, and on team buses to and from the airports and arenas.

FRIDAY HOSTING THE BLUE JACKETS
I flew from LaGuardia into Detroit on Friday morning, still not quite sure what to expect of the proceedings. Hell, I wasn’t even sure what I should wear for something like this. Eventually, I stopped being a girl and just put something on and headed to the Joe — which was the first official item on the schedule.

We sat in some great seats to watch the Wings and Blue Jackets. Everyone’s favorite ticket rep Ryan Michaels came down to hang out for a few minutes, and it’s always nice to catch up with him.

I’m always hopeful for a victory but I was really hoping they could squeak this one out. The last thing I wanted was to be on a plane with 23 sour Red Wings, death-stare coach included. I still wasn’t sure what kind of access we’d have to the players once on board the plane, but I knew for certain I didn’t want to bother them regardless of the outcome… but particularly in a loss.

Didn’t quite go as planned.

As the final horn blew, our boys looking somewhat dejected following a 3-0 drubbing at the hands of a vastly inferior team (in theory), I knew it might be a quiet ride to Nashville.

AT THE AIRPORT
The last thing we were independently responsible for was getting to Detroit Metro Airport. I’m sure it’ll shock you to hear that the Wings don’t fly Delta — they have their own hangar, and their own plane, and their own little runway (which I’m sure is shared by other uber-important frequent fliers).

We hustled out of the Joe, because the game ended around 10 and the flight was scheduled to leave around 11, not leaving much time to navigate to Romulus. Even though my dad and I were fairly certain we’d beat the team out of the building (given that they had to shower and talk to the media, etc), I gently reminded him that the plane won’t leave without them…but it might leave without us.

Lo and behold, we were the first ones to the private terminal, hold for a few (very cool) security folks. A few minutes later, faces you’d recognize began to stream in, one by one, as they arrived in their own cars.

Brian Rafalski was the first player through the door — and he headed straight for the plane.

Todd Bertuzzi was next (of course he was). He didn’t say much of anything.

Mike Babcock was the first to go out of his way to come over and say hello.

Mickey Redmond beat the rest of the team — he dropped his luggage and proceeded to the check-in.

And then, one of the more bizarre things that happened all weekend occurred. Ken Daniels, yeah… the one who does play-by-play, was holding the security screening wand. For a minute, I thought he was just screwing around, being funny, trying to lighten the mood for a bunch of guys that just had an off-night. But no… he actually did the security screening, along with an official from the TSA.

I asked him how he got stuck with that duty that night, and he made some crack about doing “whatever you can for a buck.” I was convinced they alternate and take turns being the second security guy. But on the way back, it was Mr. Daniels again…

Once our contact, Todd Beam, arrived we were invited to board. He told us not to worry about bothering the players, they’ll probably all be doing their own thing but if we wanted to chat, just head on over to them. I was still unsure about doing that, seeing as how they were just shutout, and decided that I’d wait until the next day before I try to get all buddy-buddy with them.

Backpack full of Shirtuzzis, Curly Fries t-shirts, and a blank H2H2 shirt… I headed out of the waiting room and onto the runway…