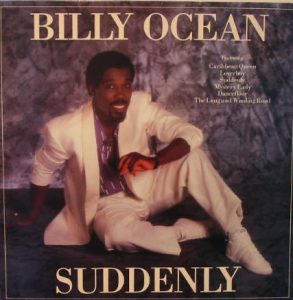 I couldn't decide between Billy Oceans quotes or commonly misheard lyrics... so I used both for the title.

WHAT’S ALL THIS THEN?
The Red Wings and Avalanche meet for the second time this season, Saturday 7pm.

WHAT’S THE BIG IDEA?
Since October 30th, the Wings are 5-1. After tonight’s game, the Wings get a few days off to recharge the batteries.

NOW WHERE WERE WE?
On October 12th, the Avs beat the Wings 5-4 in a shootout.

THEIR LAST GAMES
:: Detroit mugged and murdered the Oilers on Thursday, by a score of Chalk Outline to Riding Gretzky’s Memory From Last Place.
:: Colorado defeated the Blue Jackets 5-1 last night.

Scratches
Drew “Like A Virgin, Touched For the Thirty-First Time” Miller
Jakub “My Pony Plays the Mamba” Kindl

Injuries
Kris “The Algebra Has a Devil Set Aside For Me” Draper [groin]
Chris “Might As Well Face It, You’re A Dick Dick With Glove” Osgood [groin]

Honorable Mentions
Todd “Dirty Deeds Done To Sheep” Bertuzzi [Osgood and this one courtesy of @ScrappyOctopus]
Justin “Got My First Real Sex Dream, Bought It at the Five and Dime” Abdelkader
Johan “Got His Hand in Invisible Duck Shit” Franzen
Jiri “Doesn’t Matter If We’re Naked Or Not” Hudler
Pavel “You Can Hold Til You Relieve It” Datsyuk
Jonathan “I Thought My Ma Sat On You” Ericsson
Brett “Revved Up Like a Douche” Lebda
Andreas “See That Girl, Watch Her Scream” Lilja
Mikael “Hit Me With Your Pet Shark” Samuelsson
Marian “Excuse Me While I Kiss This Guy” Hossa
Kyle “Shamu, The Mysterious Whale” Wellwood
Kyle “You Made the Rice, I Made the Gravy. But it Just May Be Some Tuna Fish You’re Looking For” Wellwood

THE FIVE HOLE
1. Tiberius is off to a very strong start, doing his best to squash the Sophomore Slump fears. He’s 14th in the league in save percentage, 11th in goals against average, and 5th in wins.
2. I’d love to see the defense begin to get involved in the offense. Not to say that they’re slacking, but with the forwards firing how they are — imaging adding a constant scoring threat from the blueline.
3. Johan Franzen got his 100th goal in the last game, and maybe that’s just the thing he needs to get rolling. I’d love to see a point-per-game from the man more than capable of it.
4. Todd Bertuzzi is third in the NHL in +/-. You heard me.
5. Win this one for my good buddy Clay, who’s in attendance tonight.

WHAT WE LEARNED AGAINST THE OILERS
You know who should probably keep running his mouth instead of letting his team do the talking?